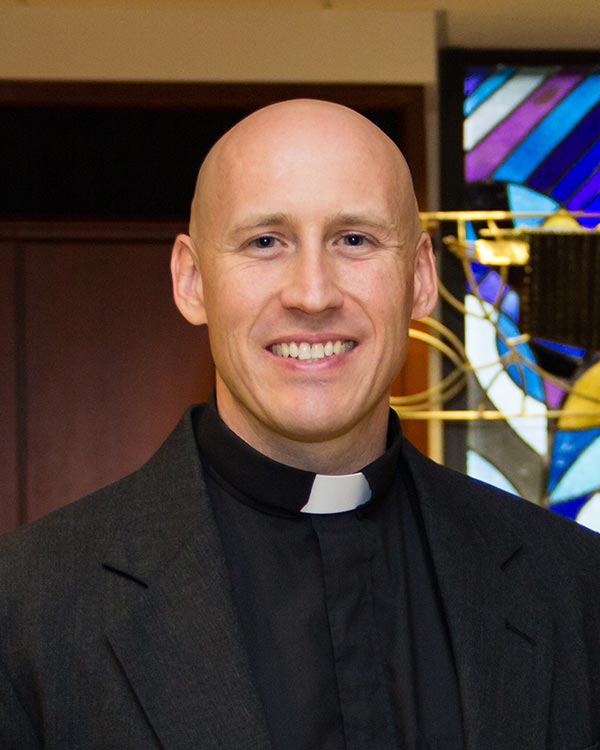 Speaker of The Lutheran Hour®

Michael grew up in a military family, living throughout the U.S., from North Dakota to Alabama, Virginia to Colorado. His family moved eleven times before he finished high school in Springfield, Missouri. He graduated from the U. S. Air Force Academy in 2001 with a general engineering degree and served 5 years in the Air Force. He left active duty in 2006 to prepare to be a pastor at Concordia Seminary in St. Louis, completing a Master of Divinity in 2010 and a Ph.D. in 2014.

He continues to serve part-time as an Air Force Reserve officer at Scott Air Force Base, Illinois, and as a guest instructor at Concordia Seminary.

Michael and his wife, Amy, have four children. Amy enjoys being a home-school and Sunday school teacher, cooking, crafting, and being a catalyst for events aimed at strengthening bonds between family and friends.