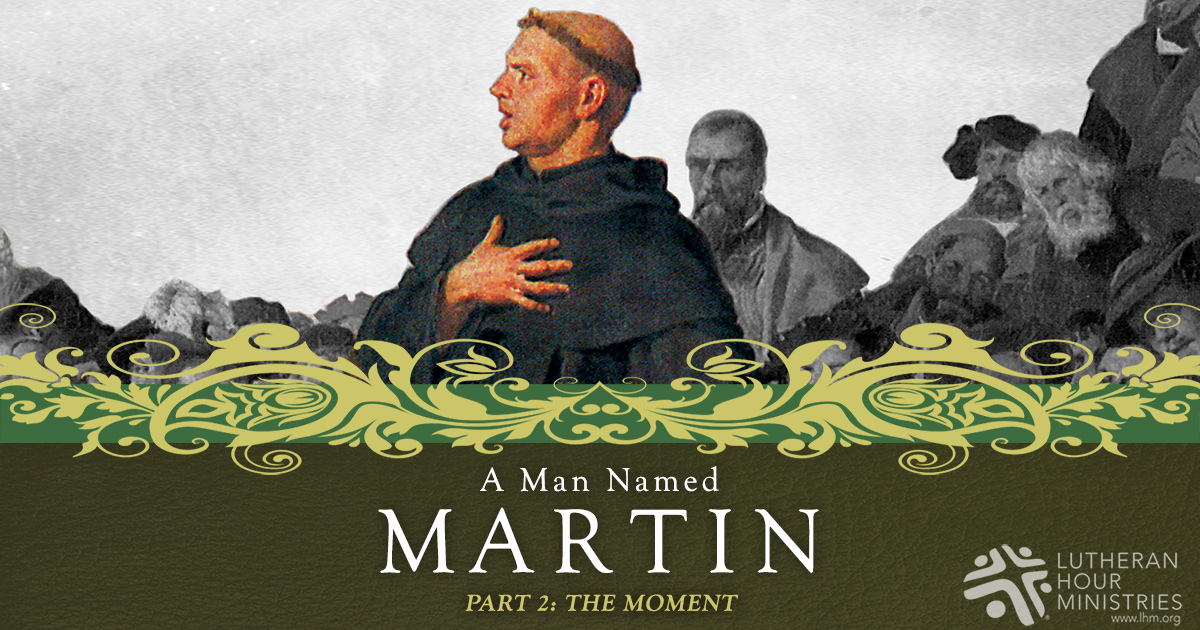 (Includes subtitles in English) A Man Named Martin-Part 2: The Moment examines the errant teachings and wayward traditions of the Late Medieval Church that eventually sparked the Protestant Reformation, a theological overhaul set in motion most notably by Martin Luther's nailing of the 95 Theses to the church door at Wittenberg.

As a follow-up Bible study to 2015's A Man Named Martin-Part 1: The Man, this three-session Bible study takes a close look at the widespread teachings of the late Medieval Church that were superfluous to the Bible or not scripturally grounded. Among them were purgatory, penance, celibacy, prayers for the dead, transubstantiation, the treasury of merits of Christ, devotion to Mary and the rosary, the institution of the papacy, and the one most often linked to the Reformation: the sale of indulgences.

Joining forces in examining these aberrant teachings and the role Martin Luther had in debating and, ultimately, rejecting them is a cast of scholars, professional church workers, and pastors. Here Dr. Paul Maier, Dr. Ken Schurb, Dr. John Nunes, Dr. Joel Lampe, Dr. Susan Mobley, Dr. Joel Biermann, and others, along with The Lutheran Hour Speaker and host Dr. Gregory Seltz, add insight and expertise to this fascinating period in the life of Martin Luther.

A Man Named Martin-Part 2: The Moment includes a discussion guide and a supplementary text, The Reformation Twelve. This booklet highlights a dozen individuals who played principal parts in the widely scattered events and circumstances that led to the Reformation.