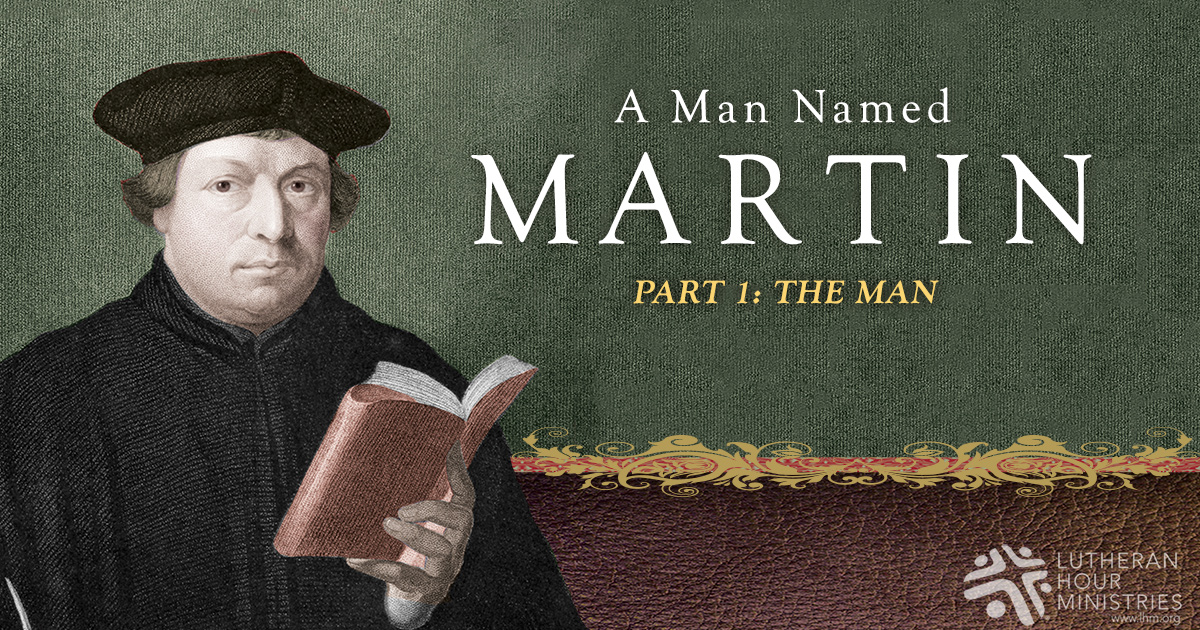 (Includes subtitles in English) In A Man Named Martin - Part 1: The Man viewers encounter a 15th-century religious reformer from Germany who broke ranks with the Catholic Church. This Bible study is the first of a three-part series devoted to Martin Luther -- a monk whose Spirit-inspired grasp of God's justification of sinners through faith in the Savior was the cornerstone of the Protestant Reformation.

In this five-session Bible study, Luther's life and times are examined through the lens of history, religion and theology. Expanding on commentary from Rev. Gregory Seltz, Speaker for The Lutheran Hour, numerous scholars add their expertise and perspective to render an illuminating portrait of the life of this extraordinary human being.

The influence and impact of Luther's life is the stuff of serious study. As a forlorn sinner feeling lost and desperate before a stern and exacting Judge, Luther desponded of all hope for eternity. But as one who came to cling to the Spirit-delivered truths of justification by faith and the liberty believers experience by God's grace, he rebounded to become a triumphant ambassador for the Gospel.

The details of Luther's life -- his childhood with his parents Hans and Margaret, his university pursuits, his decision to become a monk, his protestation of Catholic practices, his voluminous and erudite scholastic output, his life in hiding, and his roles as husband and father -- are all considered in this study. A Man Named Martin is a fresh and explorative look at an individual who, down through the centuries, has increased in importance and vitality to the Christian church.

To this day, Luther's staunch faith and the extent of his outreach, remain a standard for Christ-centered living to believers in the 21st-century.