Journey from Unbelief to Faith 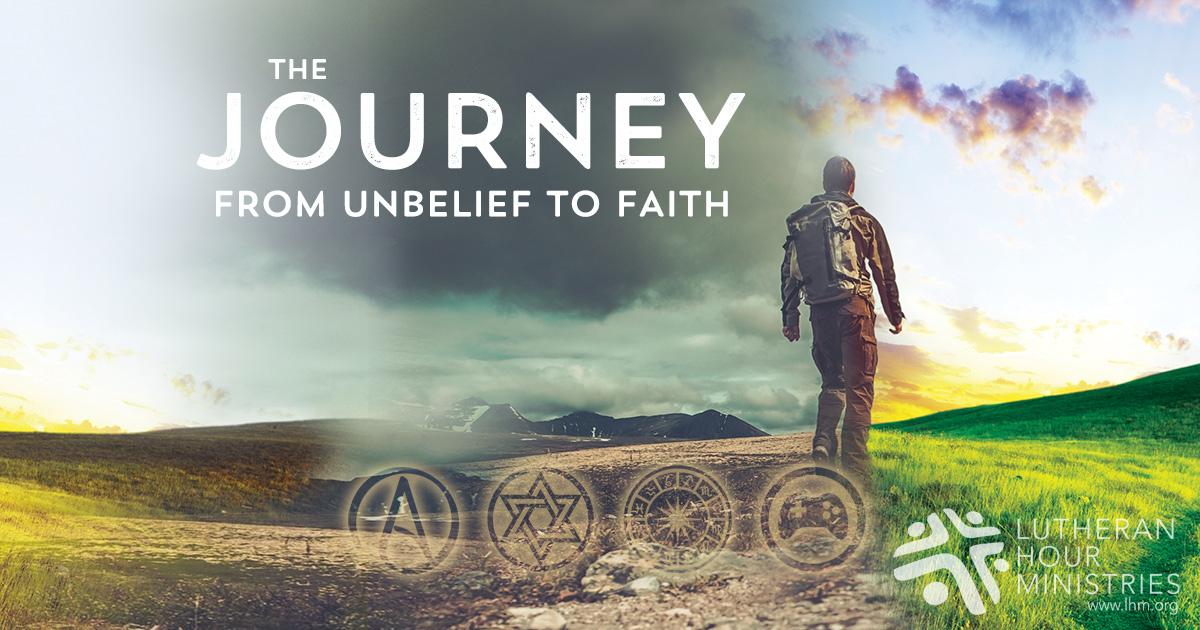 (Includes subtitles in English) The passage from unbelief or antagonism toward God to faith in Christ as Lord and Savior is a road that's different for each person. Follow the stories of four individuals from widely dissimilar pasts that arrived at the same conviction: Jesus Christ is Lord and Savior and because He is they must tell others about it.

Hosted by Rev. Dr. John Nunes, this four-session Bible study offers the viewpoints of four people who have made a remarkable journey. Theirs has been a pilgrimage from the outer edges of unbelief and apathy to a place where today Jesus Christ commands their heartfelt devotion. The road to faith was not easy for them, and many were the times when abandoning it seemed the preferred route to travel. Still, the persistence of the Holy Spirit's work in their lives brought about a different outcome, with an eternal transformation.

Consider their lives. With an upbringing marred by violence and abuse from her belligerent, alcoholic father, one woman's journey was set in motion by a record album. For one young man, an allegiance to evolutionary theory and science trumped any idea of the spiritual at work in his life, until he grasped the nature of faith. For an Orthodox Jew it was a lengthy apprenticeship-in the back row of a Christian church-that became for him a brand new kind of life. Finally, for a New Age stargazer, a woman deep into Eastern religions who charted other people's futures by astrology, it was an attempt to get Christianity out of her system that eventually won her over.

As with all Men's NetWork Bible studies, The Journey from Unbelief to Faith has an in-depth discussion guide that focuses on each session's topic, gives relevant Scripture references, offers pointed questions to promote thought and participant interaction, and contains numerous Internet links so users can explore session subjects online.