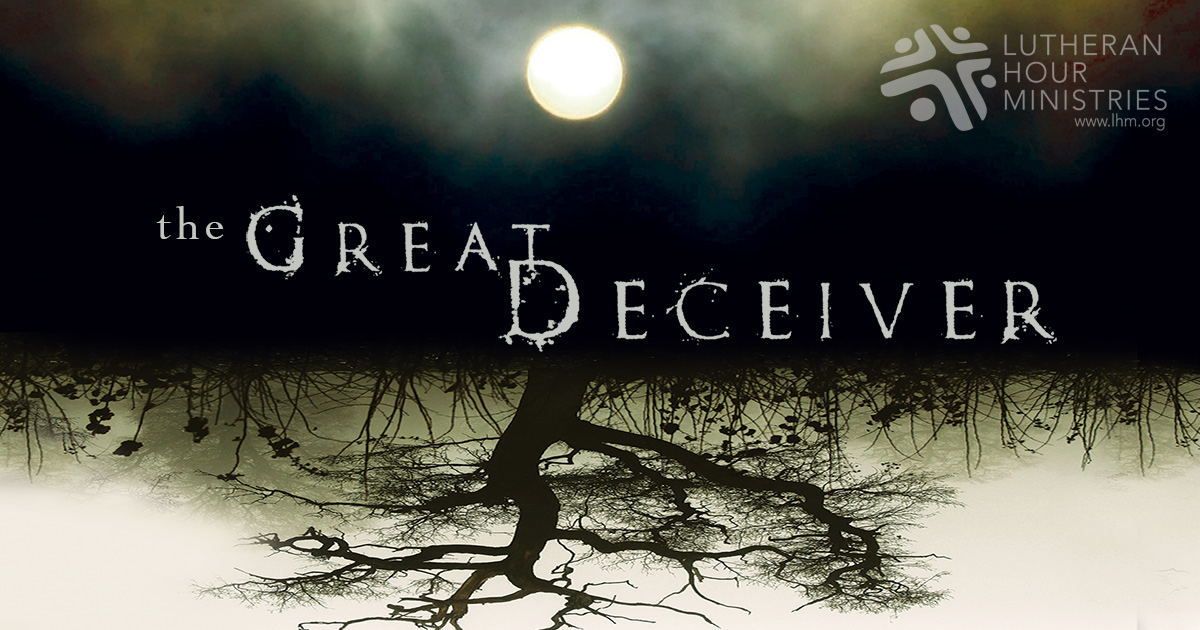 (Includes subtitles in English) - It should come as no surprise that an adversary fit to be called the "god of this world" and the "power of darkness" is a force to be reckoned with. And so he is. In The Great Deceiver explore a being so diabolical he will stop at nothing to separate us from God.

Hosted by Pastor Michael Newman (Death ... Then What?), this four-session Men's NetWork Bible study examines the most perverse character in Scripture: Satan. "Beast," "accuser" and "evil one," this "roaring lion" as the apostle Peter calls him, is adept at changing his appearance and cunning in his deceit. Popular culture may portray the devil as a cartoon character in a red jumpsuit, as needing our sympathy, or has having gone down to Georgia, but those characterizations only muddy the waters.

When it comes to Satan it's a no-holds-barred, take-no-prisoners approach. Twisting and distorting God's divine imperative to Adam and Eve early in the book of Genesis (to our complete despair), he's been wreaking havoc and maligning mankind ever since. Centuries later, going toe to toe with Jesus in the wilderness, he must have sensed, however, things were not going to end well for him. By the very cross that took Jesus' life, God conquered Satan and sealed our redemption over sin, death and the devil by raising His Son from the dead, promising newness of life to all who believe in the saving Name of Jesus.

Though defeated with his end certain, Satan is still on the prowl. The Great Deceiver from the Men's NetWork-spend some time getting to know him ... from the Bible's point of view.