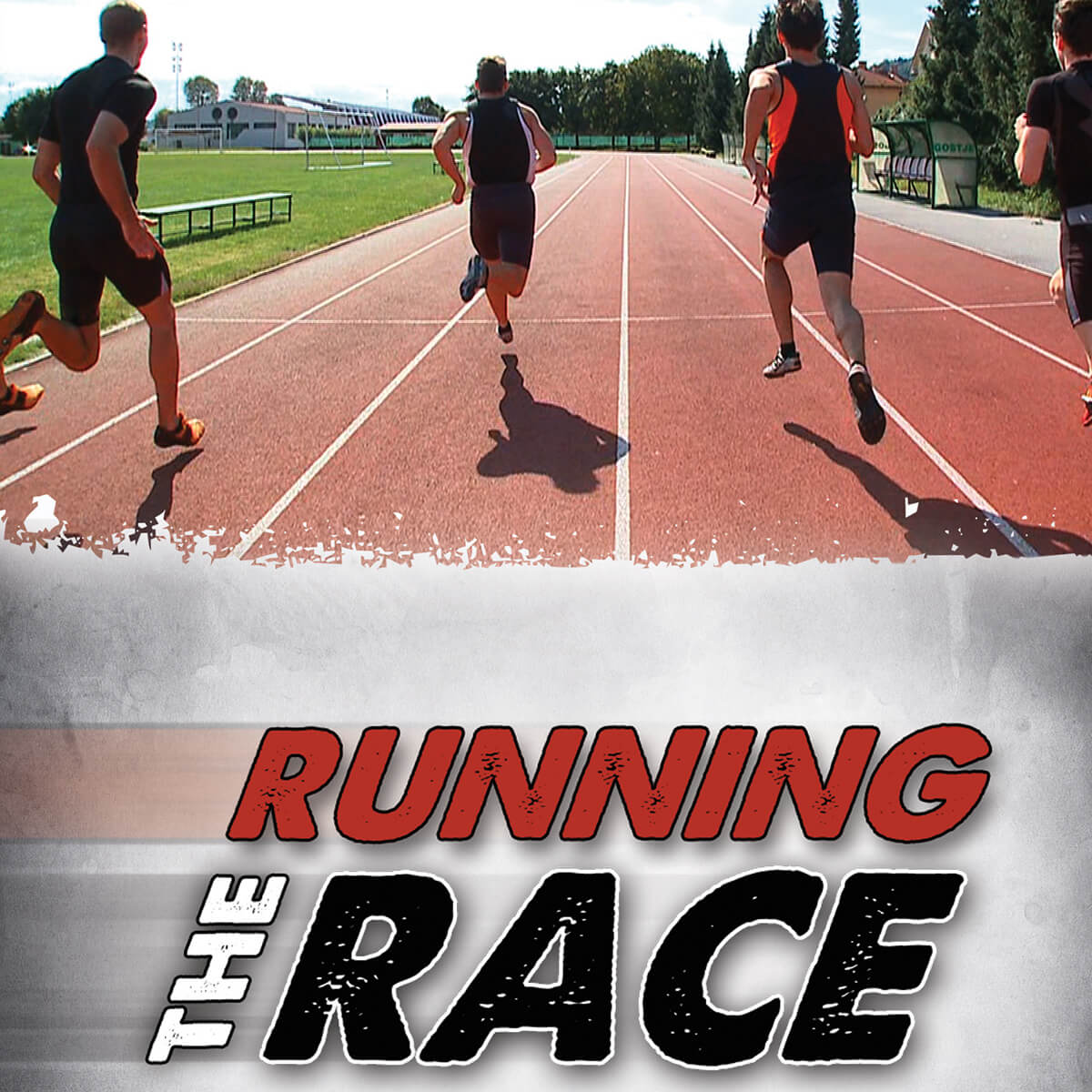 (Includes subtitles in English) - Commitment, training, endurance, attitude-it's the stuff legends are made of-both in the lives of world-class athletes and true men of God. See how the lessons learned from sports are applicable to the real-life world of following Jesus in Running The Race.

In this Men's NetWork Bible study, professional sports announcer Chris Schneider shows how the goal orientation and stick-to-itiveness separating top athletes from their peers are qualities Christians should emulate. Having talent isn't enough to excel; one must train-honing his or her talents-to make the most of what God has given. There's another thing too, Schneider said that attaining one's goal often involves taking a risk, resisting the fear of failure.

The New Testament is loaded with sports imagery such as running the race, fighting the good fight, and going for the prize. In the Old Testament, stories about Moses, Joshua, David and the prophets dramatically speak of individuals overcoming struggles and hardships to achieve great things for God. Their victories exemplified their faith in action and often showed them making tough choices in extremely difficult circumstances. Again the parallels with athletics are obvious. As Schneider said, "There is no athlete that became a champion by accident; they chose to give everything they have to win."

Throughout this three-part video, Schneider draws from his vast experience as announcer and sports fan to encourage men and women in their Christian walk. He is the sports director and morning drive anchor of CBS affiliate 1080 KRLD in Dallas, Texas.