Colt McCoy: A Father, A Son, and Football (Profiles Beyond the Spotlight Series) 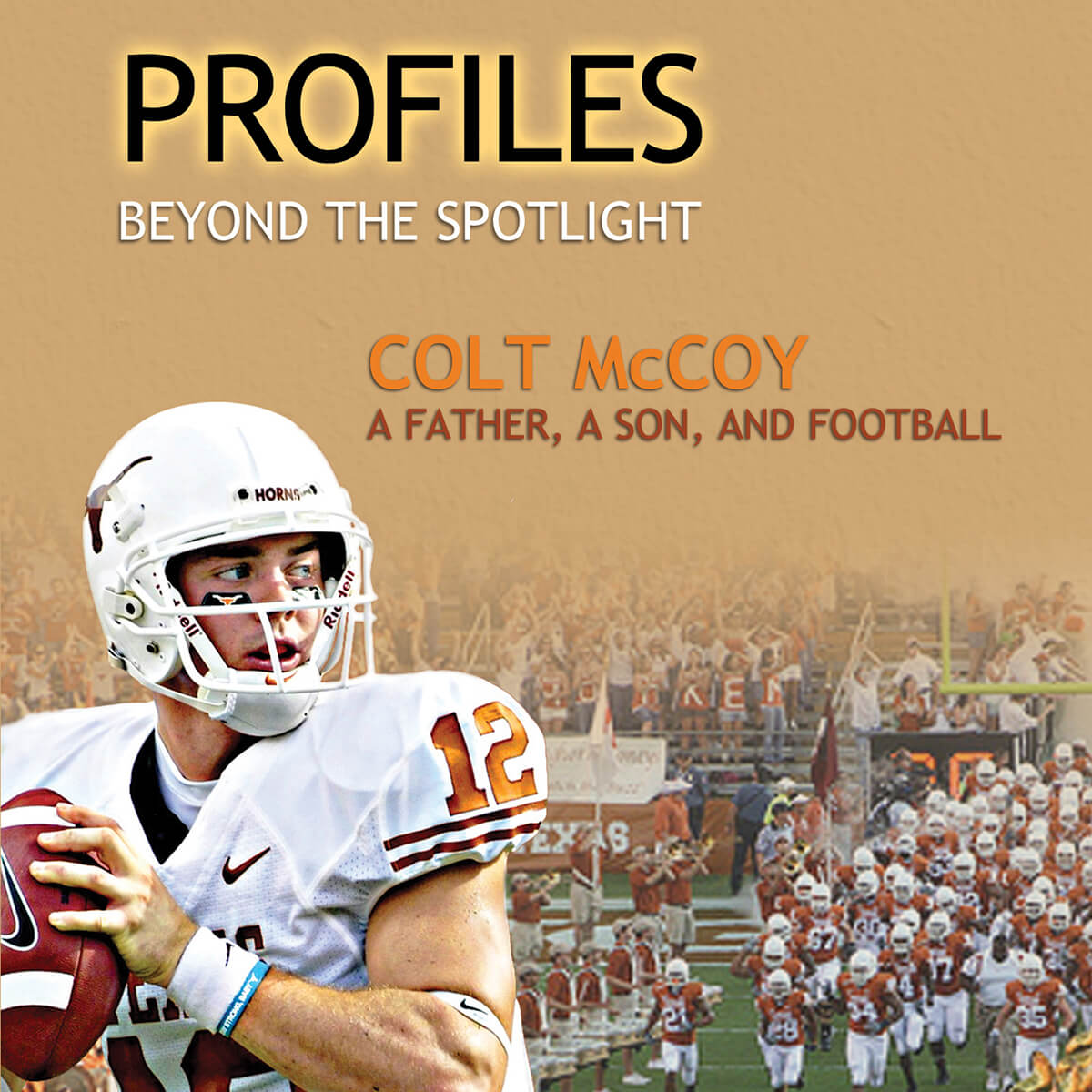 (Includes subtitles in English & Spanish) - In the high-stakes, big-money world of NFL football, players who boldly proclaim their faith in Jesus Christ are not the norm. Then again, Colt McCoy is not your typical player. In Colt McCoy: A Father, A Son, and Football, the Cleveland Browns' quarterback puts his service and commitment to God at the front of the line-even when the going gets tough.

This two-part Men's NetWork Bible study is the second in the Profiles: Beyond the Spotlight with Chris Schneider series. In this study McCoy shares, along with his father, Brad, what they've learned from football, winning, losing and how the endgame is always their relationship with Jesus. That's not to say Colt McCoy couldn't have let his accomplishments go to his head. As a QB with the Texas Longhorns at the University of Texas at Austin he was recognized with awards such as the "National Freshman of the Year," "Big 12 Offensive Newcomer of the Year," "First-Team All-American," "Archie Griffin Award," "Heisman Memorial Trophy Runner-Up," "NCAA Quarterback of the Year," "Johnny Unitas Golden Arm Award," "Sporting News College Athlete of the Year," "AT&T and ESPN All-America Player of the Year" and more.

In this original Bible study, the father-son dynamic between Brad and Colt is plainly evident, and it's easy to see how a godly father can influence his son to greatness with the simple knowledge that Christ is the cornerstone. "He's thrown thousands of touchdowns and won so many games, of which I am very proud of ... but to see him grow up and influence people in the world for Christ ... no doubt he's doing kingdom work and I am very proud of that," Brad McCoy said.

Throughout this video, interviewer Chris Schneider's questions reveal this father and son's practical Christian faith in action and show how-no matter what the situation-God can be honored through the circumstances in our lives. Schneider is the sports director and morning drive anchor of 1080 KRLD in Dallas, Texas.