Explaining All The Scary Stuff In Revelation 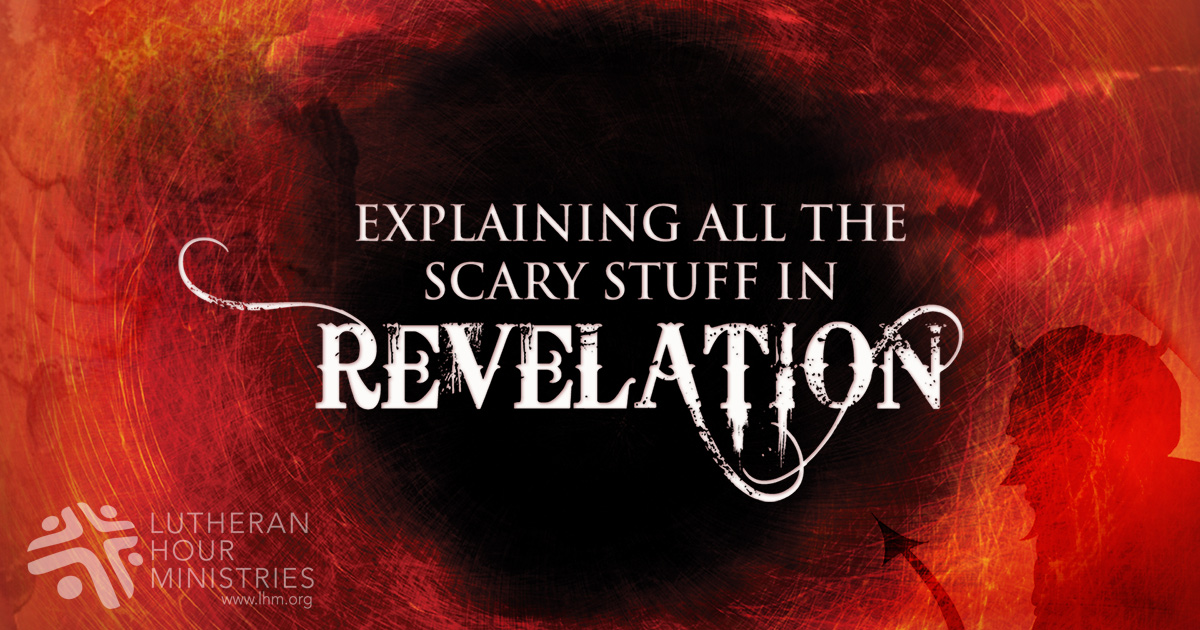 (Includes subtitles in English & Spanish) - Nobody said demons, plagues, and an appointment with Armageddon would be fun, but it doesn't have to be feared-at least not for the Christian. Check out how the latest LHM Men's NetWork Bible study, Explaining All The Scary Stuff In Revelation, gives both insight-and encouragement to those who follow "the bright Morning Star."

Often, the book of Revelation is viewed with mixed emotions. Its fantastic imagery and cryptic phrasings can leave people scratching their heads as they wonder about its real message. Unfortunately, this impasse can lead the individual to side step the book altogether, thus missing its power and significance as a one-of-a-kind text of Scripture.

Addressing this situation, the Rev. Dr. Ken Klaus, Speaker of The Lutheran Hour, has penned a brand-new Bible study for the LHM Men's NetWork: Explaining All The Scary Stuff In Revelation. In this four-part study, Pastor Klaus explains how Revelation reveals God's divine plan for His creation and has Him fully in control. Though Revelation indicates God's people will endure sufferings it reminds them their victory is final and sure. The text also gives believers the ultimate paradox: death in Jesus is not a disgrace, but the ultimate victory.

Showing how the budding Christian Church was from its infancy on a collision course with Rome, the political and military titan of the day, Pastor Klaus details why the apostle John used a cryptic style to convey God's message and how doing so kept it undetected by Imperial Rome. During the first centuries of the Christian era, Jesus' followers struggled to remain faithful, even as they risked everything to share the Good News of their Savior. Pastor Klaus reminds us how a Christian's perspective is woefully limited, especially when doing battle in the trenches. It is when looking down from above with faith-with an angel's eye-that believers know the victory is theirs and the enemy is already defeated through the blood of Christ.

What awaits believers according to Revelation's final chapter is a "new heaven and a new earth" (Revelation 21:1a). Through an angel sent by God, John testified "to everything he saw-that is, the Word of God and the testimony of Jesus Christ" (Revelation 1:2). In this LHM Men's NetWork Bible study, you, too, will glean fresh insights into this fascinating book and discover why-even for all its horrendous descriptions and obtuse references, it stands first and foremost as a text of enduring hope and ultimate victory for the Christian. Includes subtitles in English & Spanish