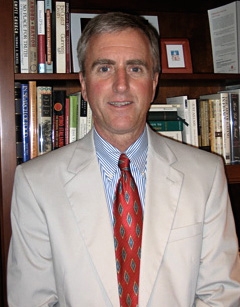 Craig Parton is a Christian apologist; he is also a trial lawyer and partner at Price, Postel & Parma LLP, a law firm based in Santa Barbara, California. He completed his doctorate in law at the University of California Hastings College of the Law in San Francisco. He also completed a master's degree in Christian Apologetics under Dr. John Warwick Montgomery at the Simon Greenleaf School of Law (now Trinity Law School) in Santa Ana, California. As a seven-year staff member with Campus Crusade for Christ, he traveled to more than 100 colleges and universities defending the Christian faith through lectures and debates.

Parton has published articles and reviews in various theological journals and festschrifts. He has also written three books. These include The Defense Never Rests: A Lawyer's Quest for the Gospel and Religion on Trial. Parton is also the United States Director of the International Academy of Apologetics, Evangelism and Human Rights in Strasbourg, France.


Bible Studies by Craig Parton, Esq.:
Bible On Trial: Beyond A Reasonable Doubt