The message that sparked the conversation ... Stories Around the Table.

Are you a painter or a pointer? Do you communicate with pictures and imagery or with direct words? The Gospel writer Mark has a strong leaning in one of those directions... Come join the conversation, we’ll point and paint together. 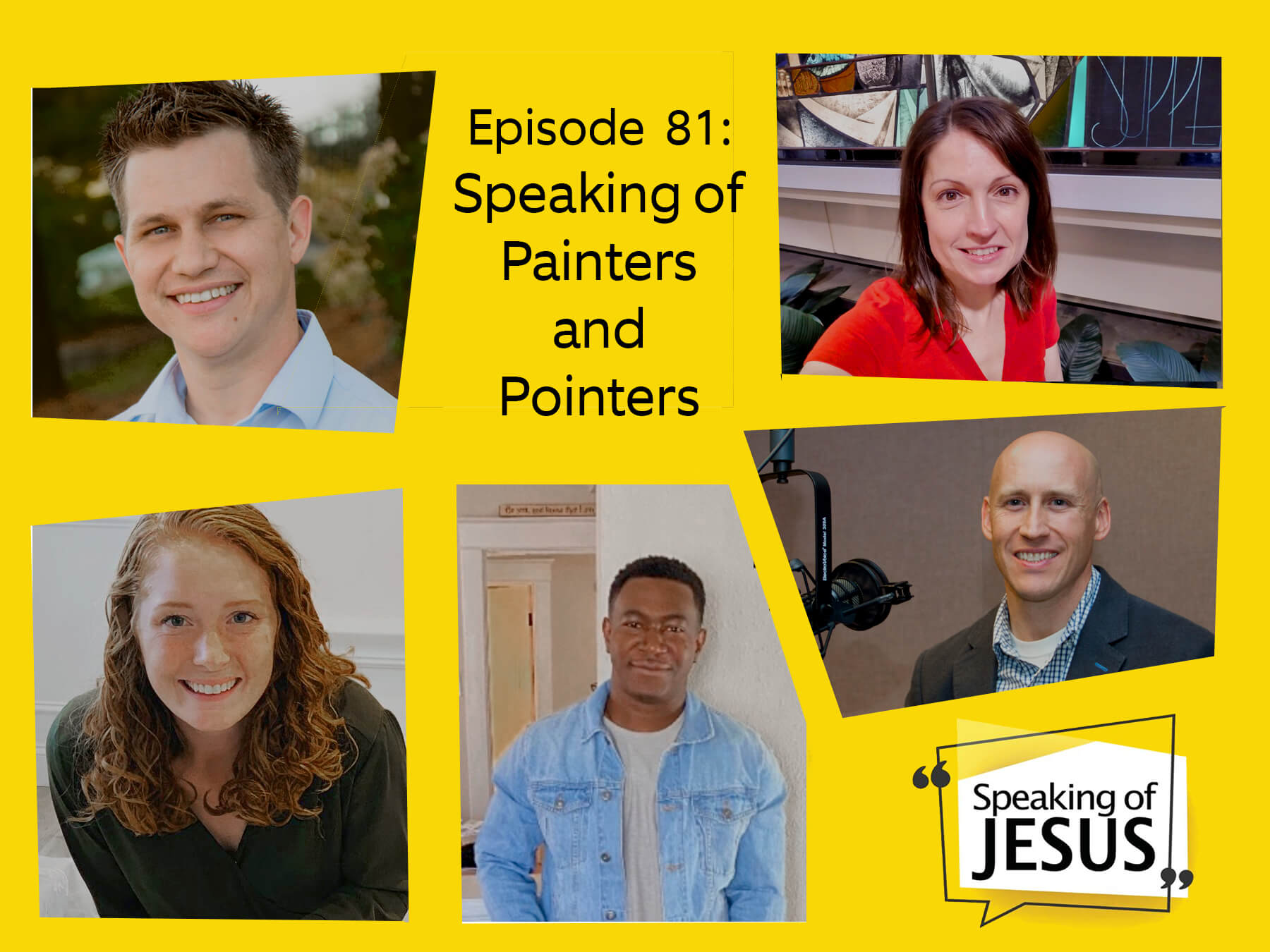 (1) When it comes to communication, it's been said that there are painters and pointers. Painters communicate with many brush strokes to create a picture with their words. They think out loud. In contrast, pointers think things through first. When they're ready to speak, they get right to the point. How would you classify your normal method of communication, as a painter or a pointer? After everyone shares, explain your answer.

(2) Dr David Ludwig developed this communication typology of Painters and Pointers. He says that painters will jump from this to that, putting a lot of verbal color on the canvas as they talk. Only when the picture is done will they know what they think. Pointers, however, tend to focus on one thing. They process internally and the first thing out of their mouth is the point. Considering your own communication style, what's frustrating to you about the opposite approach (e.g., painter vs. pointer)?
For more on painters and pointers, check out this 3 min video (it's dated, but good!):
https://youtu.be/MI4TfJmKB7c

(3) Even if you tend toward one communication style, why might it be helpful to develop skills in and understanding of the opposite approach?

(4) We've been listening to Mark's account of Jesus for the last several weeks. We don't know whether Mark was a painter or a pointer. However, his approach to telling the Good News of Jesus is more like a painter. The Apostle Paul, in his letters, gets right to the point: "in Christ ... there is neither Jew nor Gentile ... for you are all one in Christ Jesus" (Galatians 3:27-28). But Mark paints a grand picture for the small house churches to which he was initially writing. These gatherings would have included Jewish followers of Jesus as well as (ritually unclean) Gentiles who had come to follow the Jewish Messiah as their Lord. Imagine you were in one of those first house churches. As you listen, what's a word or phrase that gets you when Marks starts in with his stories? (read Mark 6:30-7:30; 8:1 - 10, *see below for more details on this passage)

(5) Reflecting on this, what are you getting to know more deeply about Jesus?

(7) Coming away from this conversation, what do you want to say to people in your household, congregation, or neighborhood?

*Jewish Baskets versus Gentile Baskets
Notes on Mark 6:34 and 8:10

The Greek word in Mark 6:43 is "kophinos," a term used specifically by Jews to denote a basket. The Complete Word Study Dictionary: New Testament explains that "Jews carried their food in these wicker baskets while traveling in Gentile countries to avoid defilement" (item 2894).

Even ancient Roman poets commented on the peculiarity of the Jews with their special baskets. The Roman poet Juvenal, around 100 A.D., says, "The grove and shrine ... are rented out to the Jews, who're equipped with straw-lined baskets" (Satires, 3.14).

The Greek word in Mark 8:8 is "spuris," which was a large basket used in the (Gentile) Greco-Roman world for carrying food and other items. The Jews, to avoid ritual contamination and ensure cleanliness, wouldn't normally carry their food in these common "Roman baskets."

Jesus brings the two words together in contrast when he chides the disciples for their hard-heartedness: