In keeping with its "Never on Sunday" tradition followed since 1893, the 134th Tournament of Roses Parade was held on Monday, January 2, 2023, in Pasadena, California, under the theme of "Turning the Corner." The iconic annual parade featured marching bands from throughout the United States, high-stepping equestrian units, and dozens of majestic floral floats.

Lutheran Hour Ministries participated for the 72nd time with a float entry titled "A New Day with Jesus," the only Christian float in the parade. In addition to fulfilling its mission of providing a Gospel witness to viewers everywhere, from along the parade route to televisions, computers, and mobile devices worldwide, this year's float was honored by parade organizers with the prestigious Director Award. This award recognizes the most outstanding artistic design and use of floral and non-floral materials. The LHM float was chosen for its stained-glass windows (on the church and back of the float), the lambs on the front of the float, and the praying hands depicted on the long sides of the float.

If you missed this year's parade or would like to watch it again, check out RFD-TV's playback option at https://www.watchrfdtv.com/playback/item/d8D2F8sX.

The LHM float, as well as seven others, was decorated by around 4,000 Petal Pushers volunteers who travel from all over the country to gather in Pasadena each December. These volunteers spent eight-hour shifts attaching thousands of roses, carnations, lilies, mums, and other flowers, as well as natural materials such as seeds, coffee beans, and leaves, to create the majestic beauty and splendor of the floral floats. Working on a variety of floats allows volunteers to work side by side with people from diverse backgrounds, believers and non-believers alike, offering an opportunity to make new friends, network, and share expressions of the faith that gives true meaning to the experience. 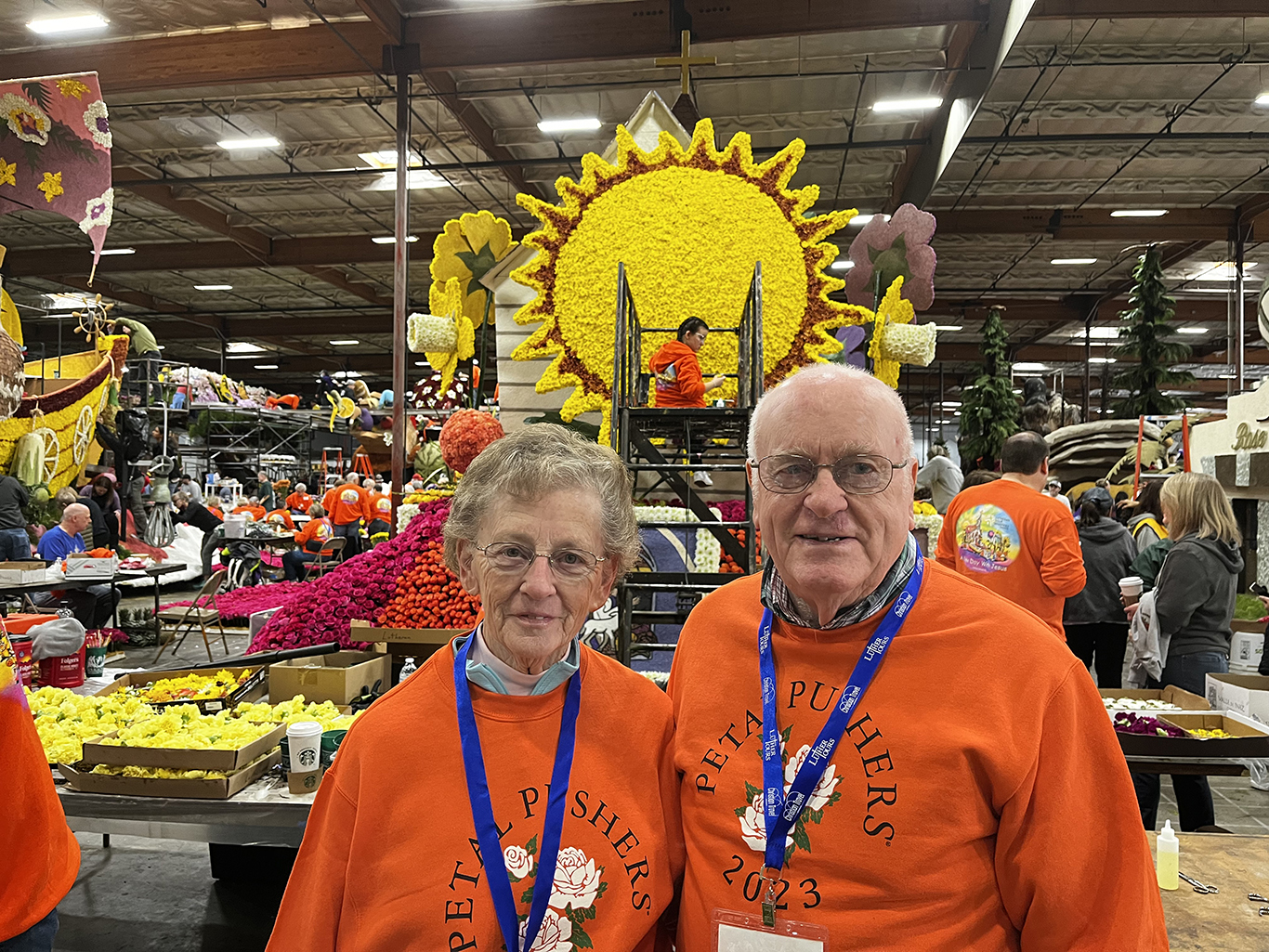 "I came out to Pasadena in 2009 to watch the parade, and volunteering to decorate the floats has been on my 'bucket list' ever since seeing the parade in person," says Nancy Brinser of Annville, Pennsylvania. Nancy came to Pasadena with her husband, Jerry, and their friends, Ed and Nancy Copenhaver. 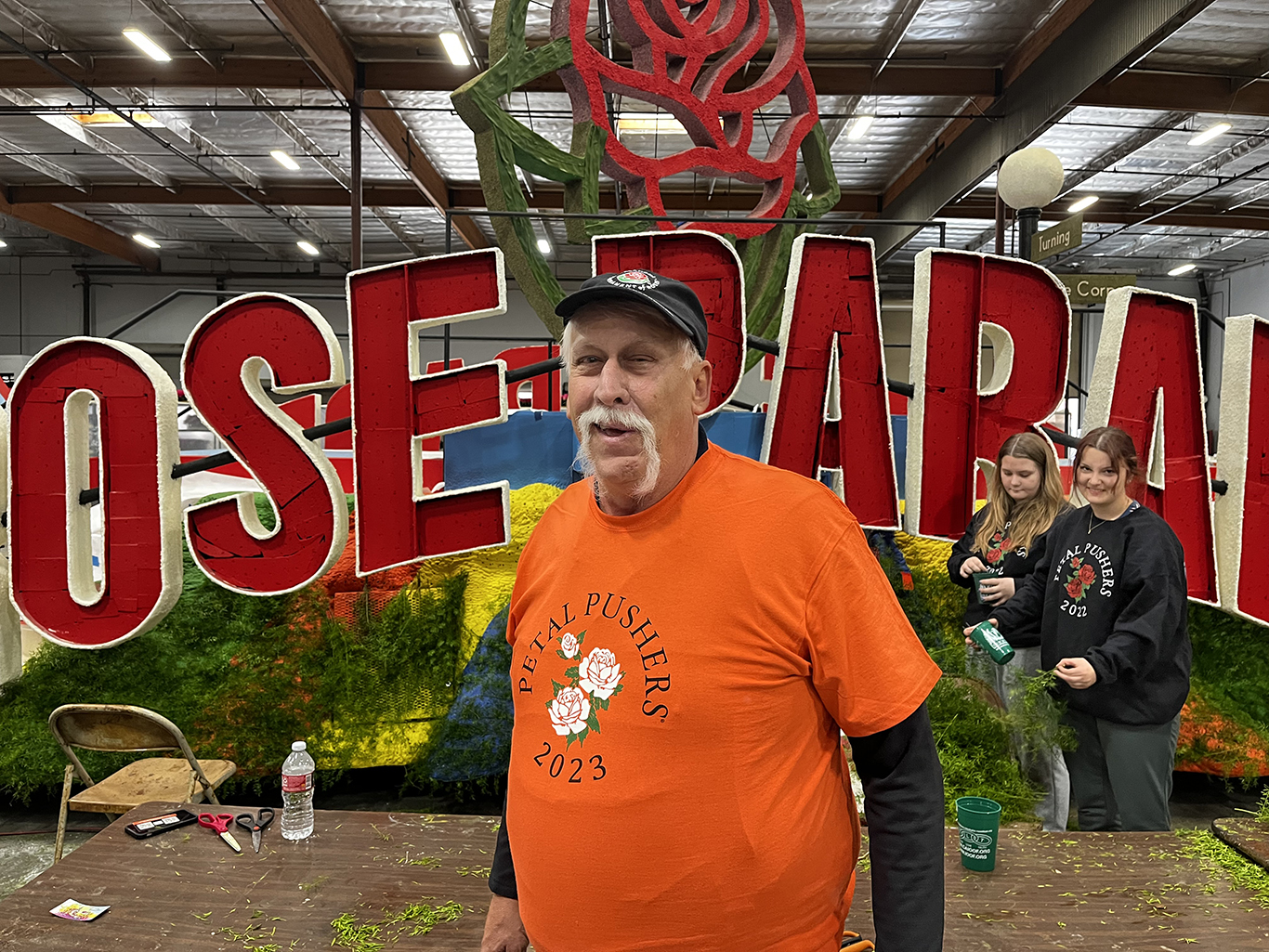 "My mom loved to volunteer for many things before she passed away and had mentioned decorating floats for this parade would be a great opportunity," says Gary Tiedt of Appleton, Wisconsin. "I decided to come to Pasadena this year to honor her legacy of volunteerism and had no idea how much work much goes into building and decorating these floats. From the leaders teaching people what to do to the thousands of volunteers who make it happen, this has truly been an eye-opening experience."

Tim Detviler is the campus pastor at Orange Lutheran High School in Orange, California, and brought a group of around 60 students to volunteer. "This is a great witness opportunity," he says. "I tell our students that sometimes we do not realize what our impact is. Beyond the millions of people who see the parade, I look forward to being here each year to meet people and build relationships so the Holy Spirit can work on their hearts down the road. My greatest joy is watching our students at work with the other volunteers while having fun." 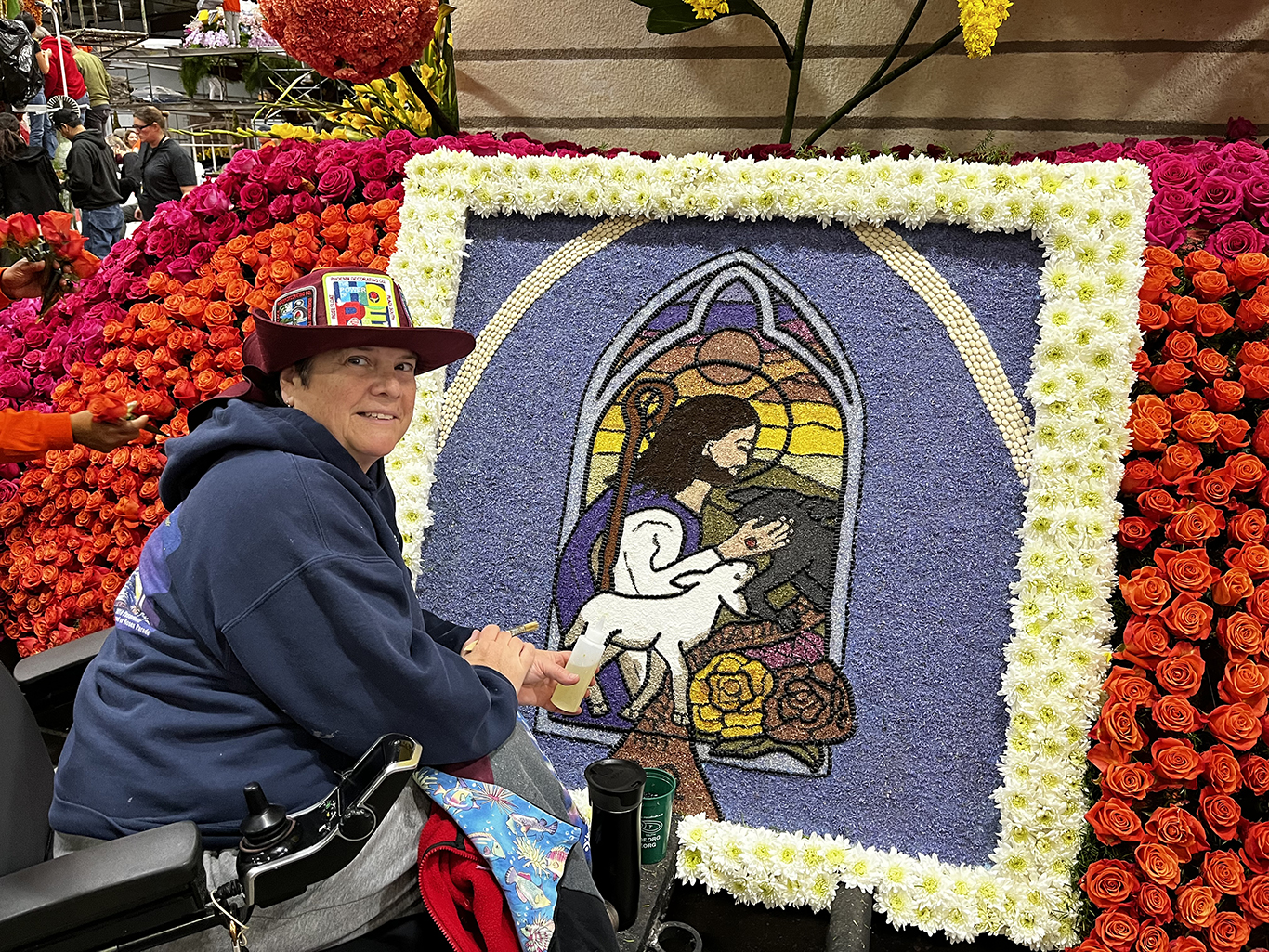 "This is now my fifteenth year participating," says Karen Kolke of Albuquerque, New Mexico. "It is enjoyable meeting the other volunteers from across the country and developing friendships with them. While we may only see each other once a year, I always look forward to being with my 'float family' and hearing their stories." 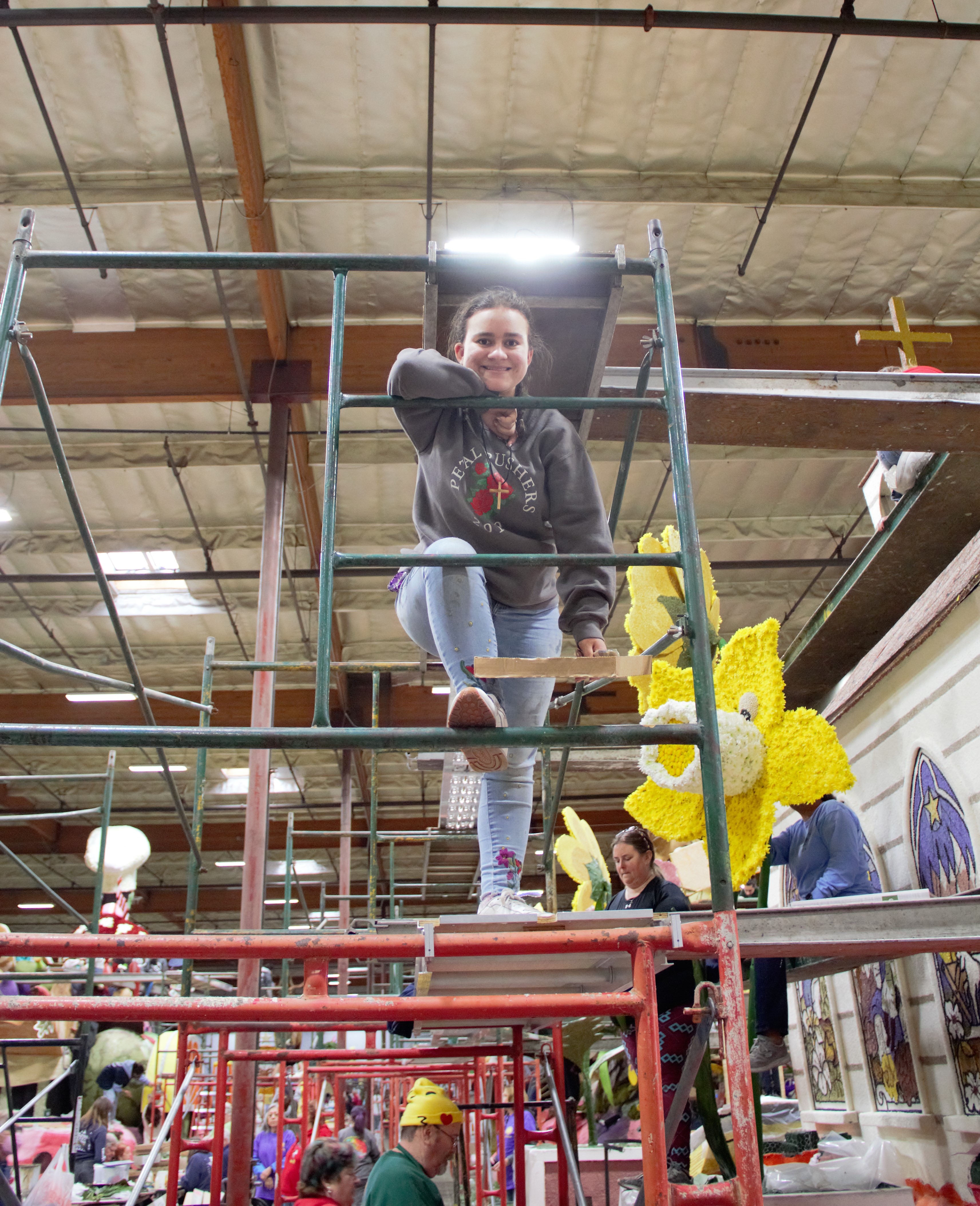 "I love meeting new people from all across the country, getting to know them, and seeing the tremendous camaraderie among the volunteers," says Sami Rose Herrmann, a southern California native who will begin studies at Concordia University, Nebraska, later this month. "It is inspiring to meet people who have never heard of LHM and be able to share the great work of the ministry with them."

The LHM float is a self-funded project of the Lutheran Hour Ministries Float Committee and the Southern California District of the International Lutheran Laymen's League. The float is not included in LHM's operating budget.

Lutheran Hour Ministries is humbled with overwhelming gratitude for the thousands of people who came together to share Jesus on an immense scale. We are grateful for the ongoing leadership of Dick and Lynn Gast, the members of the Southern California District of the Lutheran Laymen's League and the Lutheran Hour Ministries Float Committee, the painstaking volunteer efforts of the Petal Pushers, and everyone who supports this endeavor through financial support and prayers. THANK YOU!