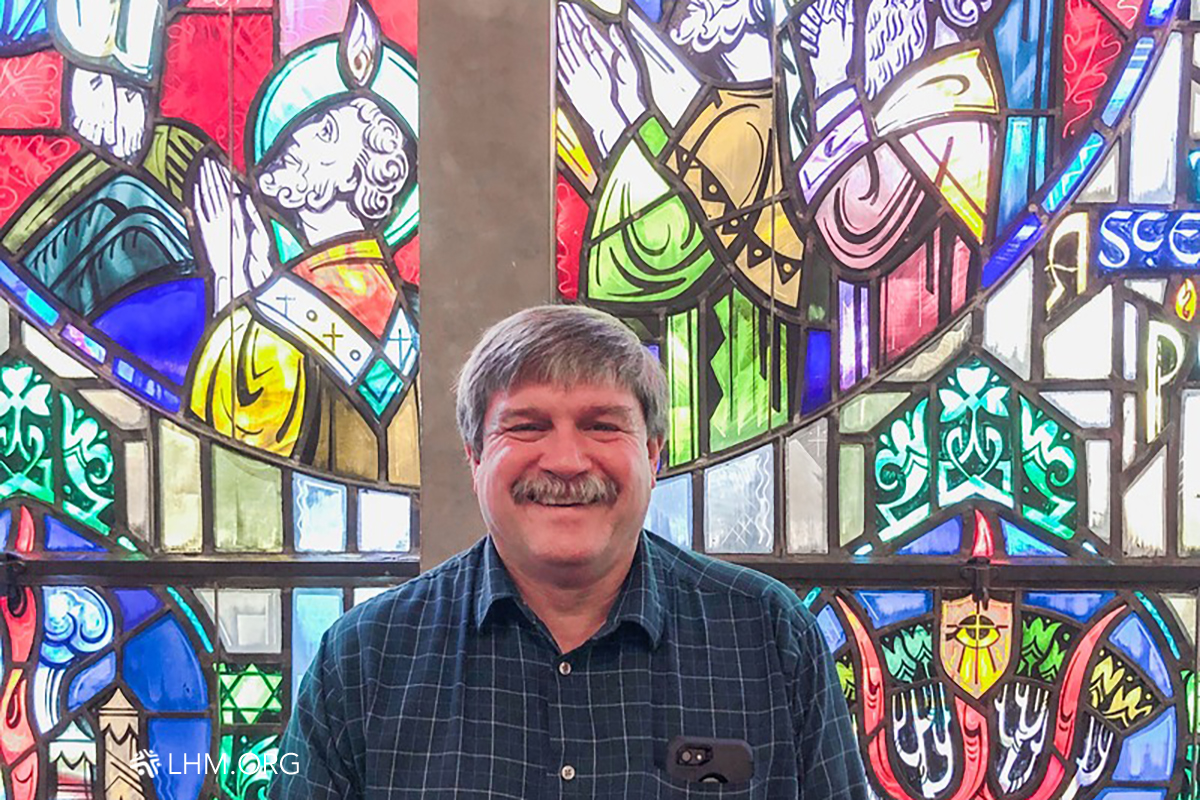 Rev. Harold Bender grew up knowing about Lutheran Hour Ministries. His parents were supporters of LHM because they loved its mission of reaching individuals around the world with the hope of the Gospel. When he was a child, Bender attended Shepherd of the Hills Lutheran Church in Centennial, Colorado. In the car on the way home, his dad would turn on the radio to find The Lutheran Hour.

Living in Littleton, Colorado, Bender's father was a certified public accountant. Bender followed in his father's accounting footsteps. When his father passed away in 1984, Bender stepped in to take over his CPA practice.

Bender shared that his dad's death was a huge part of his spiritual growth. "Easter 1985 was the most impactful Easter for me," says Bender. "I realized that the resurrection is everything. You can have everything in the world, but without the resurrection and Jesus in your heart, you have nothing."

Later that year, he was helping lead a devotional midweek advent service, and two separate people asked him when he was going to go to the seminary. God was working in his heart, and after thinking about it, he really believed that the Lord wanted him to be a pastor. His wife, however, wasn't happy with the idea.

Bender felt this was a "God direction," so he spoke with a pastor friend about his going to the seminary. He shared with the pastor that his wife was not keen on the idea of walking away from his CPA profession and selling the business. The pastor suggested that he pray for his wife and God will do the work on her heart if this is God's will. He began praying, and a year later, she had a change of heart and agreed to the change of careers.

Bender's family was willing to forgive the debt on the CPA practice, but he was adamant that if he were going to change careers, there would be a clear answer and direction, that God would provide a way to easily sell the practice.

In 1987 the answer came when someone called him and wanted to buy his practice. He wasn't advertising that the practice was for sale. The only person that knew he was considering selling was his pastor friend. Bender said there were many affirmations that selling the practice was the best move and that he should make the transition to ministry.

As he became a pastor, he realized that we are living in a visual age. He knew he needed video-based resources that he could use to engage people in the Gospel message. He looked to LHM's video studies. In his 29 years of being a pastor, he has used about a dozen of them with small groups and adult Bible studies.

His personal relationship with LHM started recently when he made a gift to LHM from his mother's estate. After his mother's passing last year, Bender knew he would honor his mother's wish of gifting a percentage of her estate to LHM. Bender recalls that she was a strong Christian influence in his family when he was growing up and throughout his life and how much she believed in LHM's mission.

"Pastor Bender's commitment to serving the Lord demonstrates his faith, faith that Bender said is available to each one of us through the grace of God, the willingness to trust God, and then take action" says Bob MacAllister, ministry advancement counselor for LHM.

Bender and his family have always been strong members of the LCMS. He shared that they like the LHM materials because they trust their alignment with the Truth and the Lutheran teachings. Bender stays connected to LHM now through the stories available online and in The Lutheran Layman.

Since his church began to focus more on missional communities, he has especially become interested in The Hopeful Neighborhood Project (HNP) offered by LHM. Bender says they are moving with missional communities and a cultural mindset, pushing the need for building Christian community in neighborhoods. He believes that we are all missionaries right where we are planted in our neighborhoods and that we should reach out to our neighbors. When appropriate, we then share our faith with our neighbors. All these things follow HNP's philosophy.

Bender went through a program for missional communities and has renamed the church evangelism board as the board of missional communities. The associate pastor leads that board and has been walking the members through The Hopeful Neighborhood book one chapter at a time.

To learn more about how you can continue LHM's mission for years to come, visit lhm.org/giftplan or call 877-333-1963.