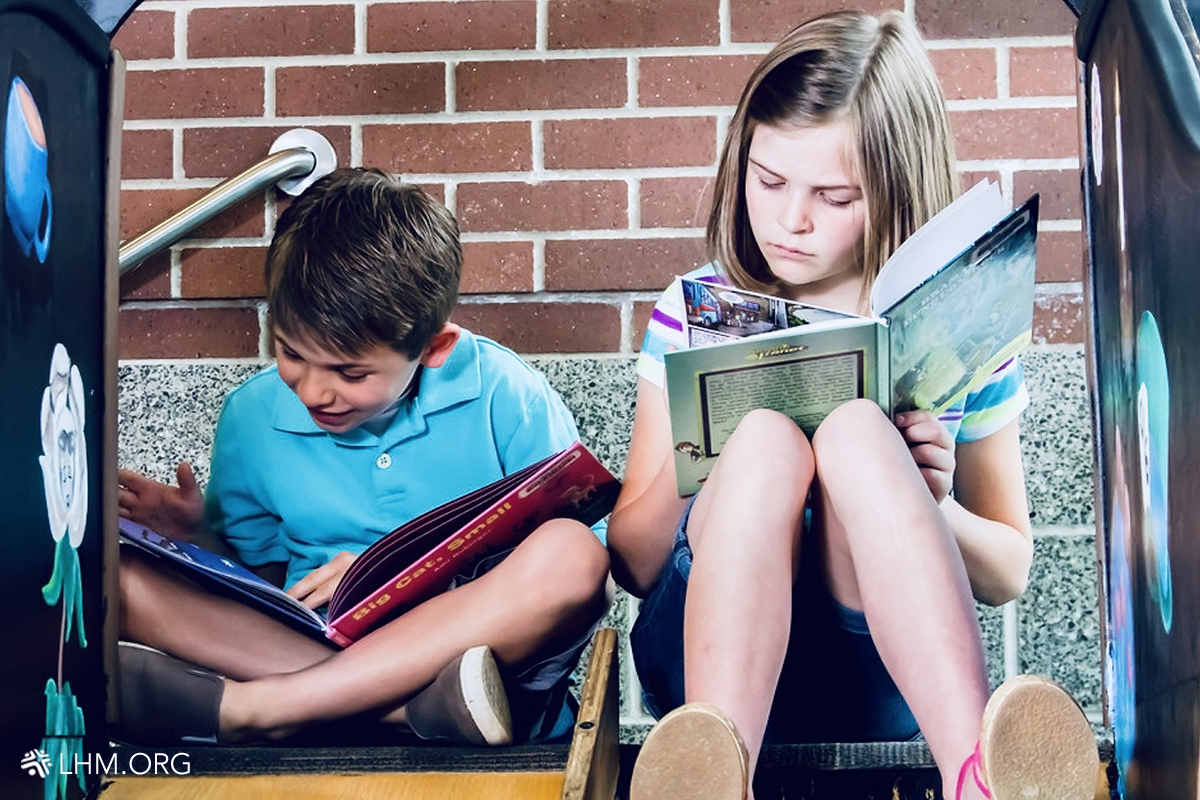 From its office in Kitchener, Ontario, LHM-Canada is a self-supporting auxiliary organization of Lutheran Church-Canada (LCC) that develops and distributes materials to congregations, church groups, and individuals as part of LHM's global outreach efforts.

In partnership with Pastor Cody Cooper, LHM-Canada now offers weekly children's activity pages following the three-year lectionary. The Kids' Lectionary Learning was originally developed as a tool to support teaching for children during at-home worship but has now grown into a regular part of LHM-Canada's library of resources. In addition, Pastor Cooper has augmented the learning with pages marking notable events during the church year. This unique liturgical content is so welcomed throughout Canada that it now includes a parent/teacher guide outlining the text, providing explanations for the images, and preparing adult hearts so they may lead children through the content.

Youth also draw closer to God through the sharing of The Illuminated Catechism. Since they started offering this resource as a gift to all catechumens, LHM-Canada has sent more than 150 copies to churches across Canada, and they continue to receive requests for the book in both English and French. LHM-Canada is the only place in the world where someone can obtain a French version of this resource.

"It is a joy to offer this gift to welcome newly confirmed children, and some adults, into the Lutheran Church-Canada family," says Lisa Jackson, director of LHM-Canada.

In addition to providing relevant children's resources, LHM-Canada has been engaging younger Lutherans to serve the Church. This past summer marked the second year they have collaborated with LCC on a communications internship program. The interns provided fresh ideas and energy to the ministry's work while also facilitating an introduction to younger generations. Activity pages were also created in French (and Portuguese) for Reformation and Advent, and plans are underway for expanding this library of children's resources.

LHM-Canada has also partnered with Amelia, a visual artist who designs their tribute and memorial cards as well as covers for seasonal devotions, and Philippe, a French ministry assistant who witnesses to unchurched individuals who are seeking. LHM-Canada's digital reach to French speakers through Facebook is now in the tens of thousands. Philippe has also recently been collaborating with a Facebook group called frère de la Concorde that has gained many followers interested in discussing the Lutheran faith.