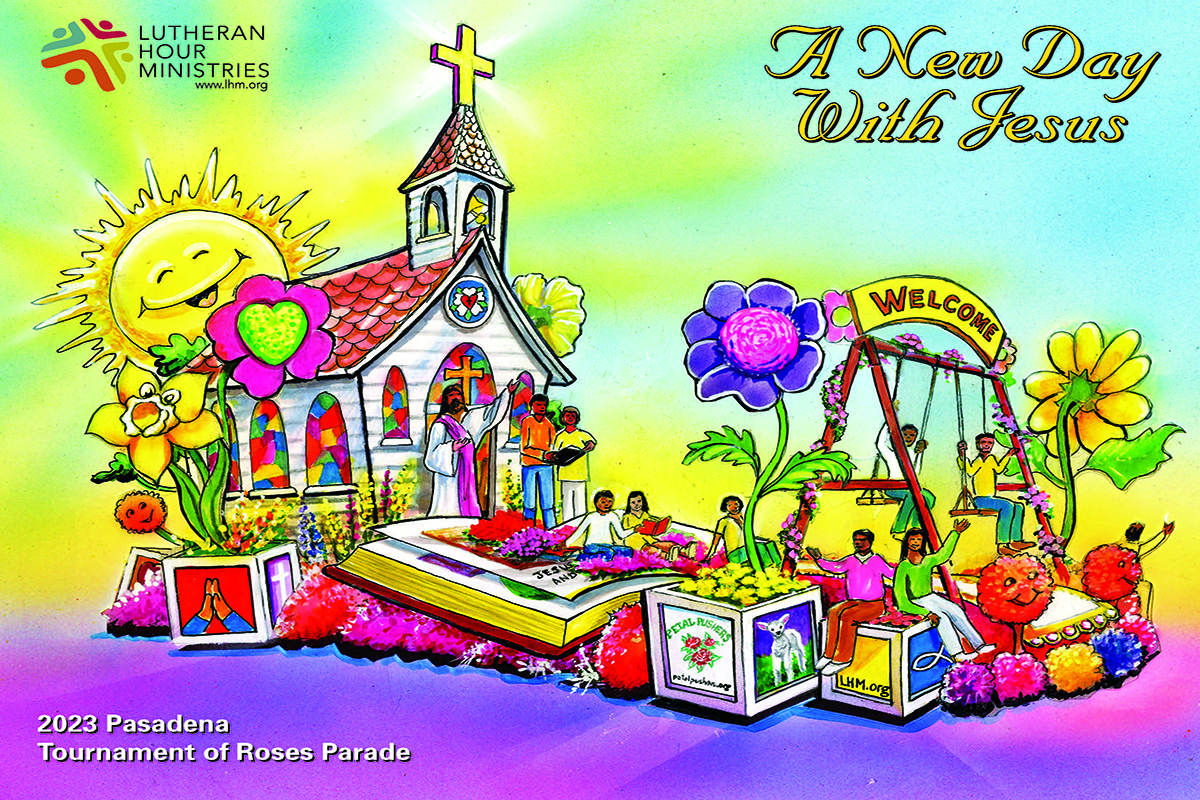 Have you ever wondered what goes into creating the majestic floats you see on television during the annual Rose Parade? Witness the magic unfold, create a lifelong memory, and cross off a "bucket list" item by signing up to decorate floats this December in Pasadena, California.

Registration is open to serve as a Petal Pushers volunteer who helps bring to life several of the floats that will be seen during the 2023 parade scheduled for Monday, January 2. The Petal Pushers, a group of thousands of volunteers who decorate the Lutheran Hour Ministries (LHM) float and up to nine others each year, will begin decorating floats on the three Saturdays prior to Christmas (Dec. 3, 10, and 17) and will then be working two shifts a day beginning Dec. 26 until the floats are completed.

Individuals ages 13 and older can work as little as one shift or as many as they want attaching thousands of roses, carnations, lilies, mums, and other flowers, as well as natural materials such as seeds, coffee beans, and leaves, to create the beauty and splendor of the floral floats traveling down Pasadena's Colorado Boulevard on parade day. Volunteers of all skill levels are needed; whether this will be your very first time, or you are a seasoned veteran, there are dozens of jobs to do.

"Only about 40 individuals are needed for the LHM float, so the majority of Petal Pushers decorate other floats for the parade, which brings in funds to lower the cost of the LHM float being part of the annual event," says Dick Gast, chairman of the LHM Float Committee. "Working on a variety of floats allows our volunteers to work side by side with people from diverse backgrounds, believers and non-believers alike, offering an opportunity to make new friends, network, and share expressions of the faith that gives true meaning to this experience."

The 2023 LHM float entry, "A New Day with Jesus," marks the 72nd time our float has been part of the parade. As the only Christian float in the Rose Parade, the LHM float carries on a mission of providing a Gospel witness to viewers everywhere, from along the parade route to televisions worldwide.

The LHM float is a self-funded project of the Lutheran Hour Ministries Float Committee and the Southern California District of the International Lutheran Laymen's League. The committee's ongoing work is funded primarily by generous donations from Christian friends and multiple fundraising activities and is not included in LHM's operating budget.

For more information about the Petal Pushers, or to register to decorate, visit petal pushers.org. Information can also be found on the site about the two tour options that the LHM Float Committee is sponsoring through Luther Tours.