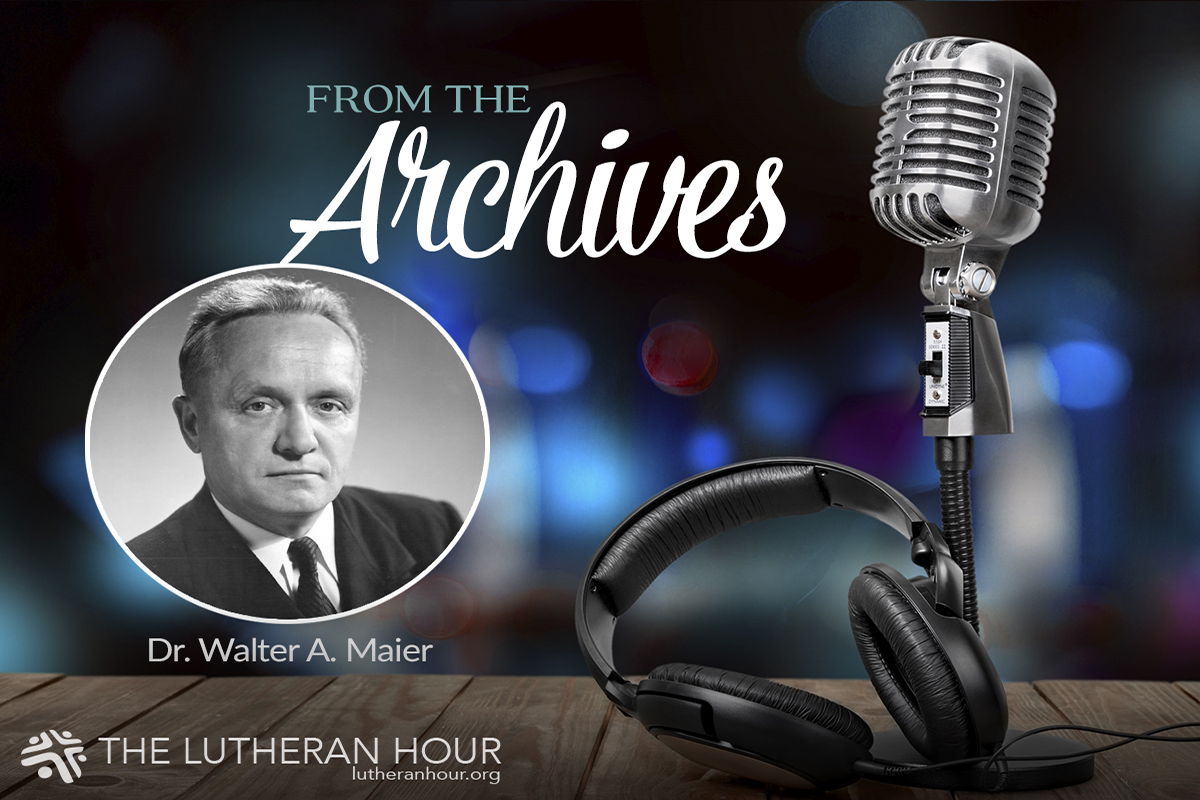 In the 1930s and 1940s, two preachers rose to prominence by launching innovative programs that effectively used the power of the relatively new medium of radio to share the Gospel with millions of people. Through weekly nationwide broadcasts, The Lutheran Hour and the Catholic Hour attracted listeners from a variety of religious affiliations, establishing their hosts as both religious and cultural forces during the period of radio's heralded "Golden Age."

A new book, Ministers of a New Medium: Broadcasting Theology in the Radio Ministries of Fulton J. Sheen and Walter A. Maier by Kirk D. Farney, compares the backgrounds and ministries of these two influential broadcasters while also offering a glimpse into the uncertain times of the era.

By providing a wealth of biographical material for both men, followed by in-depth studies of their theologies and preaching methods, the book sheds new light on the beginnings of Christian media in the United States. Farney shows how Maier and Sheen's timely application of God's Word to the struggles of the times combined with their powerful communication skills established a bond between the broadcasters and their audiences. Listeners responded in droves, not only by tuning in each week, but by mailing in letters and donations. As a result, these network broadcasts brought Roman Catholicism and Lutheranism from the periphery of the American religious landscape to a much greater level of recognition and acceptance.

As The Lutheran Hour prepares to enter its 90th broadcast season, you can take a deep dive into the program's roots and why Maier fought so hard to launch this broadcast as an outlet to share the Good News with hurting individuals over the airwaves.

"By offering meticulous details gathered through countless hours of research, Farney parallels the lives and teachings of these groundbreaking religious leaders and traces the overwhelming challenges that each faced and ultimately overcame to become two of the top radio personalities of their era," says LHM President & CEO Kurt Buchholz. "By grasping the significance of using radio for evangelism to the masses, Dr. Maier's vision and persistence paved the way for a global ministry that today offers not only The Lutheran Hour, but utilizes emerging technologies and culturally relevant approaches to share Christ's love with tens of millions of people in more than sixty countries."

"As a son of radio pioneer Dr. Walter A. Maier, I thought I had ferreted out all the details of his remarkable life, but I was mistaken," says Dr. Paul L. Maier, Russell H. Seibert Professor of Ancient History Emeritus at Western Michigan University. "Farney found significant material that I should have. You can imagine my delight at reading this fresh information! Pairing my father with the equally pioneering Fulton Sheen makes sense, since both were radio forces who brought high skills and erudition to their presentations. Anyone born in the Depression 1930s or wartime 1940s will be able to hear two familiar voices as they read."