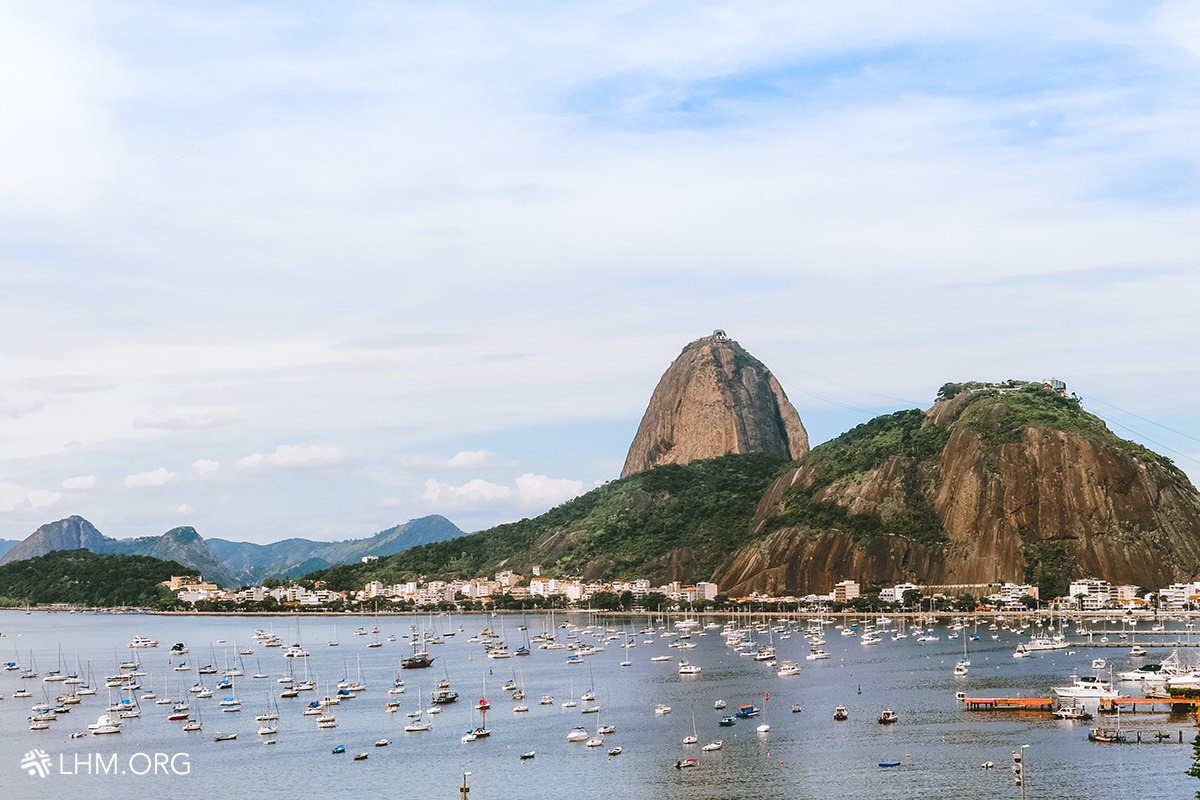 In June, LHM-Brazil, locally known as Hora Luterana, celebrated its 75th anniversary as a ministry. LHM President & CEO Kurt Buchholz attended the celebration event, congratulating Hora Luterana for its anniversary and for accomplishing its longstanding goal of becoming self-sustaining, even with the challenges caused by the pandemic.

Since June 1, 2020, Hora Luterana has no longer received funding from LHM, meaning it is now a fully self-supporting member of the LHM family. This was the first time an LHM ministry center had taken this step, following their three-year plan to accomplish it. Since then, Hora Luterana has continued to partner with LHM in our mission and work together to expand media ministry outreach throughout the world.

As a special evangelistic project during their anniversary year, Hora Luterana is printing 75,000 copies of literature for hospitals, prisons, and drug recovery clinics. Over the past 75 years, many people have been impacted by the Hora Luterana radio program, including many Lutheran congregations that were formed in north and northeast Brazil from a group of listeners. This year, to commemorate the 75th anniversary of Hora Luterana, there is a goal to reach 75 new cities in northeastern Brazil, with the proclamation of the Gospel, through their evangelistic materials.

In an uplifting message at the celebration event, Buchholz shared LHM's global mission, which includes having Hora Luterana as a partner in mission. Together they will address the outreach opportunities and challenges that LHM and Hora Luterana have in the mission of Bringing Christ to the Nations-and the Nations to the Church.

The ministry's programs now include production and daily broadcast of the Five Minutes with Jesus radio program on more than 150 radio stations; podcasts; printing and distribution of devotionals; a group of evangelists who distribute booklets; a mobile messaging service called Messages of Hope that is shared through an app; an online Bible course; and a weekly live online Bible study; The Chaplaincy with Jesus that is designed to work in harmony with Christian chaplaincy programs across the country to minister to people in over 120 hospitals and in prisons. The Good News of Jesus can also be read or heard worldwide through the ministry's innovative website and growing social media presence, as well as through LHM's regional digital project, Vivenciar.net, that is based out of Brazil.

Another one of Hora Luterana's recent evangelistic projects was a children's Bible school that they hosted at a local church around Easter. During the program, the staff had a challenge for the children. Each child received two copies of The Easter Story booklet. The challenge was to take one of the booklets and give it to a friend outside of the class and invite them to participate in the Bible school. More than 10 new children came to the next class after being invited by a friend. The staff was thrilled with the turnout and realizes that we can all learn from this children's program by inviting our friends and family to church.