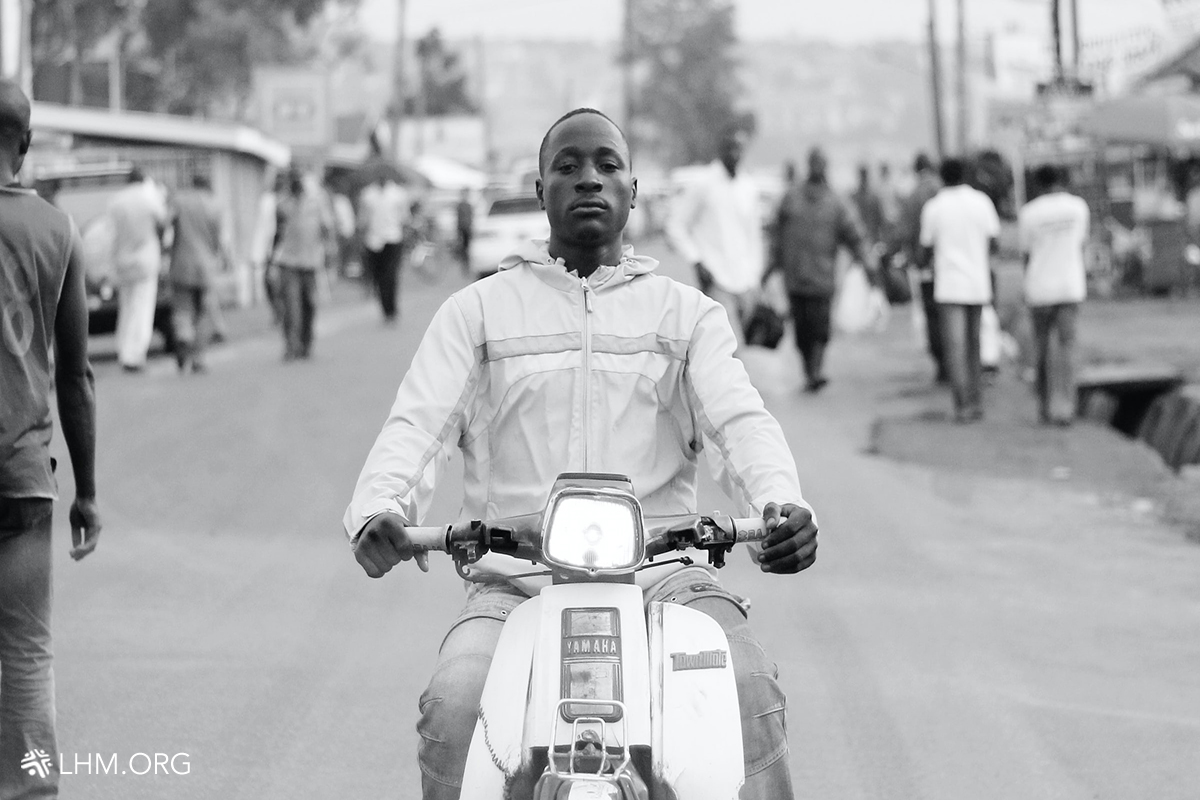 Fred is 32 years old and drives a boda boda (motorcycle taxi) for a living. He struggles financially and can barely afford medical care for his sick children. He fell behind on other bills and at one point considered suicide to end his challenges. He attended a film showing that LHM-Uganda hosted in his neighborhood. At first, he thought he would watch the film simply as a pastime since he was bored. However, as he watched the film he was encouraged by the message and was interested in learning more about Christianity. He then knew he wanted to have a relationship with God. He connected with LHM-Uganda staff who encouraged him to learn more about Jesus and provided additional resources. Through the power of the Holy Spirit, Fred became a Christian. He shared that he still struggles financially, but knows he isn't alone with God in his life.