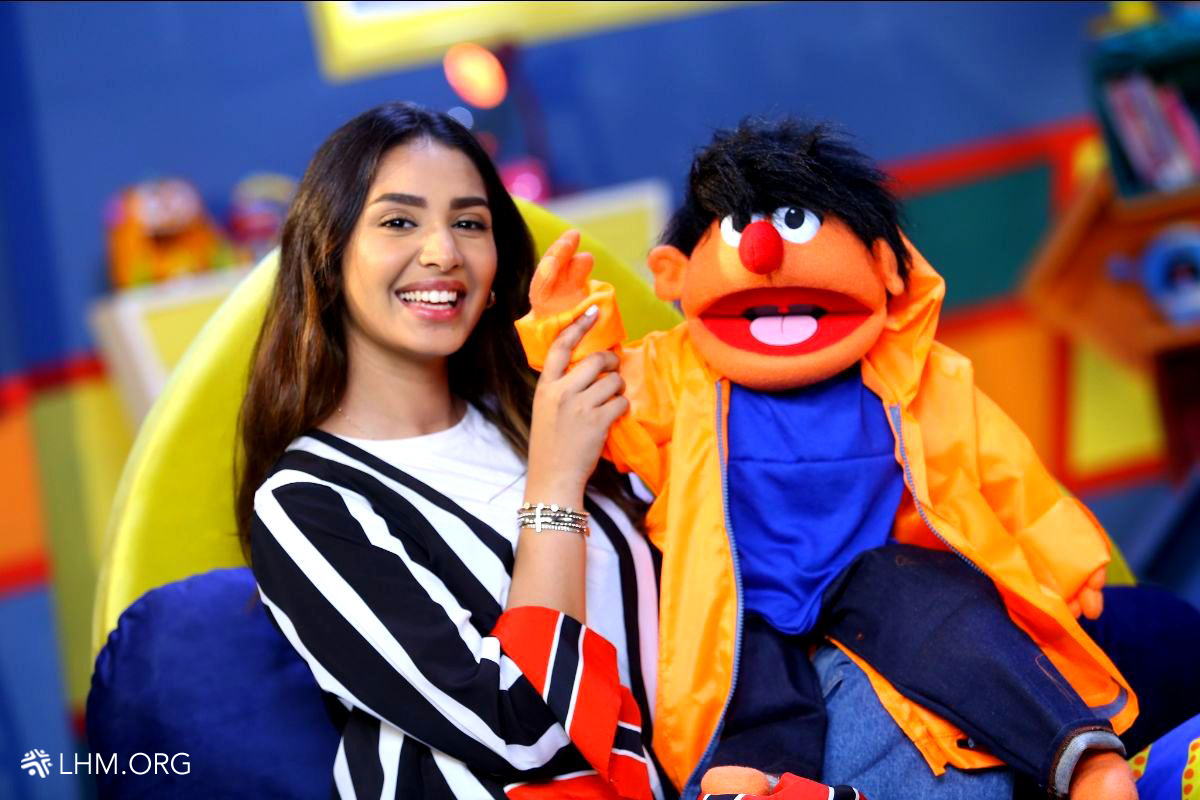 After the more than 25 years of success that SAT-7 has enjoyed with satellite broadcasts in the Middle East, a former SAT-7 executive started a sister ministry in 2014 called PAK7 to do video, social media, and satellite programming in Central and South Asia. Beginning this past spring, LHM initiated a partnership with PAK7 to support new children's programming. Other aspects of the partnership include producing videos and content for social media.

PAK7's video content producer had the idea of taking a successful SAT-7 Arabic Channel program called BedtimeStories and producing a similar program for children elsewhere. The goal of PAK7's Bedtime Stories is to share Bible and cultural stories to engage children with Bible truths.

The addition of co-host Mintu adds to the storytelling format of the program. Mintu is a voice for children on the show. A bold puppet that can get away with asking questions kids want to ask, Mintu gives the host the opportunity to explain stories clearly, and to focus on the lessons they want children to hear and take away.

To make sure Bedtime Stories can be viewed and enjoyed by children both Christian and non-Christian, PAK7 created 14 episodes. In half of the episodes, the host shares stories from the Bible which are intended to be shown on Christian TV channels. In the other half of the episodes, the host shares cultural stories with Christian values are able to play on the national television networks.

All episodes of the show have beautiful animation, lively songs, and Mintu who asks questions about what the stories mean. In addition, every episode is available on the PAK7 kids YouTube channel. PAK7 hopes that children who watch Bedtime Stories on national TV will love the program so much that they search for the Bible story episodes on YouTube for additional content.

Bedtime Stories is available now and we look forward to seeing how God works in the hearts of the children who watch.