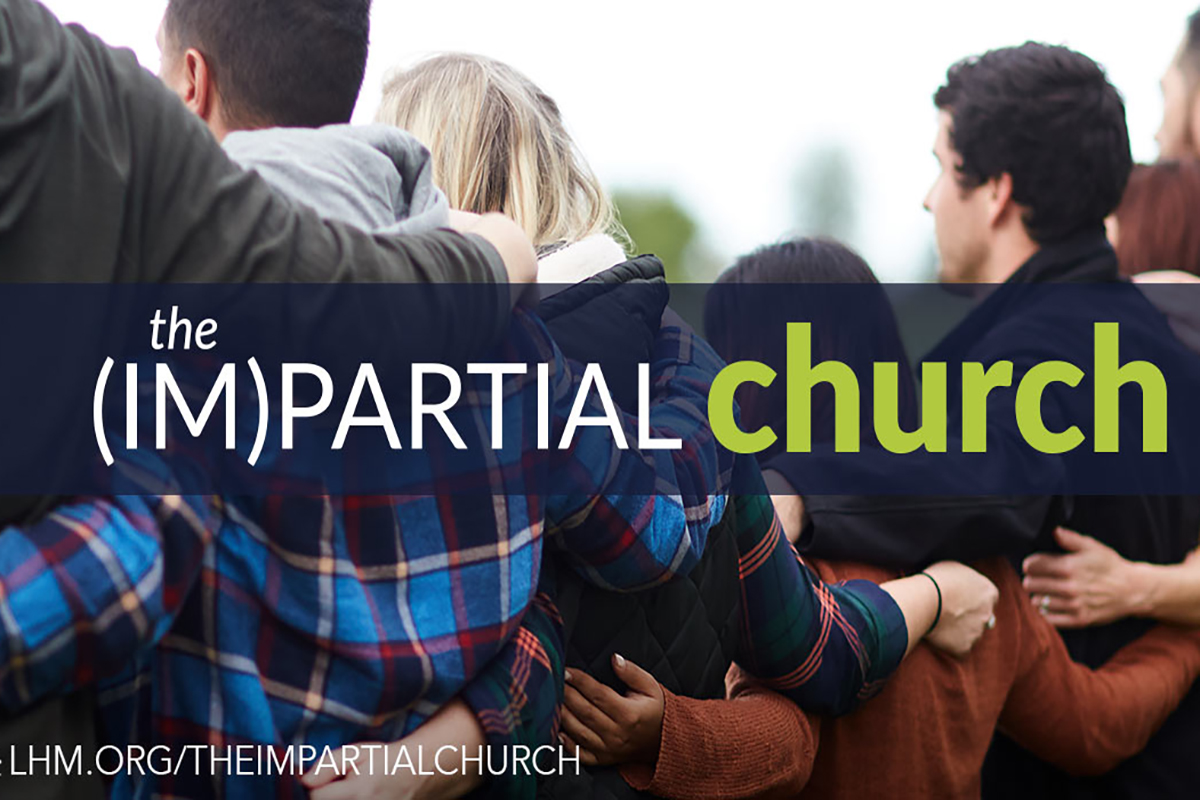 Gerard Bolling and Janine Bolling, a brother-sister pair, host LHM's new podcast, The (Im)Partial Church. Growing up as African Americans in New York, the Bollings share how life and relationships have shaped them as they live out their Christian faith in a diverse world. Rev. Dr. Gerard Bolling serves as pastor at Bethlehem Lutheran Church in St. Louis, and as an assistant professor at Concordia University in Texas. Deaconess Janine Bolling is executive director of Our Saviour Lutheran School in New York.

The Bollings give listeners powerful insights on cross-cultural friendships, prejudice, the power of language, forgiveness, being an outsider, what a good neighbor is, and how we're all members of a multi-ethnic family. Their spirited conversations are full of colorful details drawn from family life-both past and present. Assisting the Bollings behind the scenes in telling this story is LHM's Creative Producer Jonathan Christopher: "Producing this podcast has been extremely rewarding. I view each episode as an individual story arc that informs the greater idea of unity in the kingdom of God."

In episode two, "Why Diverse Friends Matter," Janine Bolling looks at the biblical story of Ruth and Naomi and how this less-than-likely friendship led to wonderful things. "So Ruth and Naomi .... One's a Moabite, one's an Israelite. One's a polytheist, one's a monotheist ... What they learn from each other is how to be emotionally open, and it strengthens them, and it allows them to continue on in this journey that eventually leads to the line of Christ. If this friendship didn't happen, what else wouldn't have happened? And so by having this diverse friendship, it brings a huge value to their lives, in that they get deeper with one another. They're open to sharing themselves, and it opens up the world to where God's plan is going."

In episode six, "Heart Your 'Hood," Gerard Bolling shares how we are transformed by Jesus' victory over death: "It's a resurrection that can never be taken away from us because we lean on the fact that Christ has done it. And then He promises to live in us. And this is work that He constantly has to do. He's constantly drowning the old Adam and bringing the new one to life, constantly reminding us of who we were not meant to be-but we are being in that moment-and who He calls us to be."

The (Im)Partial Church and other LHM podcasts can be found at lhm.org/podcasts.