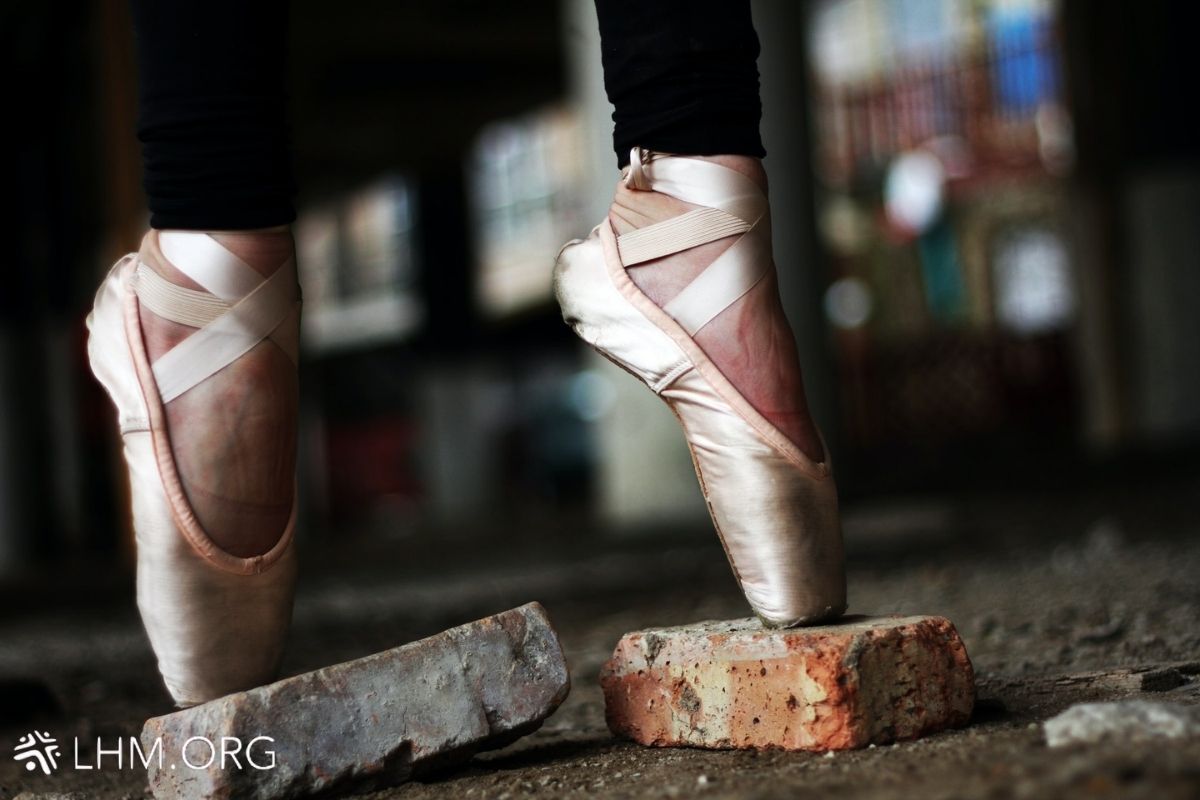 Katrina is 20 years old and is studying to be a teacher. She has a passion for dance and a goal to attend the ballet in every country she visits. She grew up in a traditional Latvian family and her grandmother was very religious. She would take Katrina to church every Sunday, but as Katrina became a teenager, she did not want to go to the services anymore. Her grandmother was disappointed but accepted her choice. When Katrina went through some difficult times, she missed going to church but did not want to admit to herself or anyone else that she needed help. Even when her grandmother would invite her to church on Sundays, Katrina would decline. Before the COVID-19 pandemic took hold, one of her friends invited her to a dance class and Katrina immediately accepted. When she found out the dance class was at a church, she became hesitant. Then she learned that LHM-Latvia was hosting the class and she was shocked. At the event, there were about 20 other teenagers. Katrina was surprised that there were young people attending since she associated church with older generations. She was also surprised to find out that there is Christian hip-hop music. The music was enjoyable, and the dance moves they learned were also very contemporary. Katrina liked learning them. The teacher said a prayer and Katrina realized that she did not feel uncomfortable during it, like she previously would have. She told her grandmother that she attended the event and enjoyed it, which made her grandmother very happy. Katrina is excited to go back to that church for their worship services and learn more about Jesus.