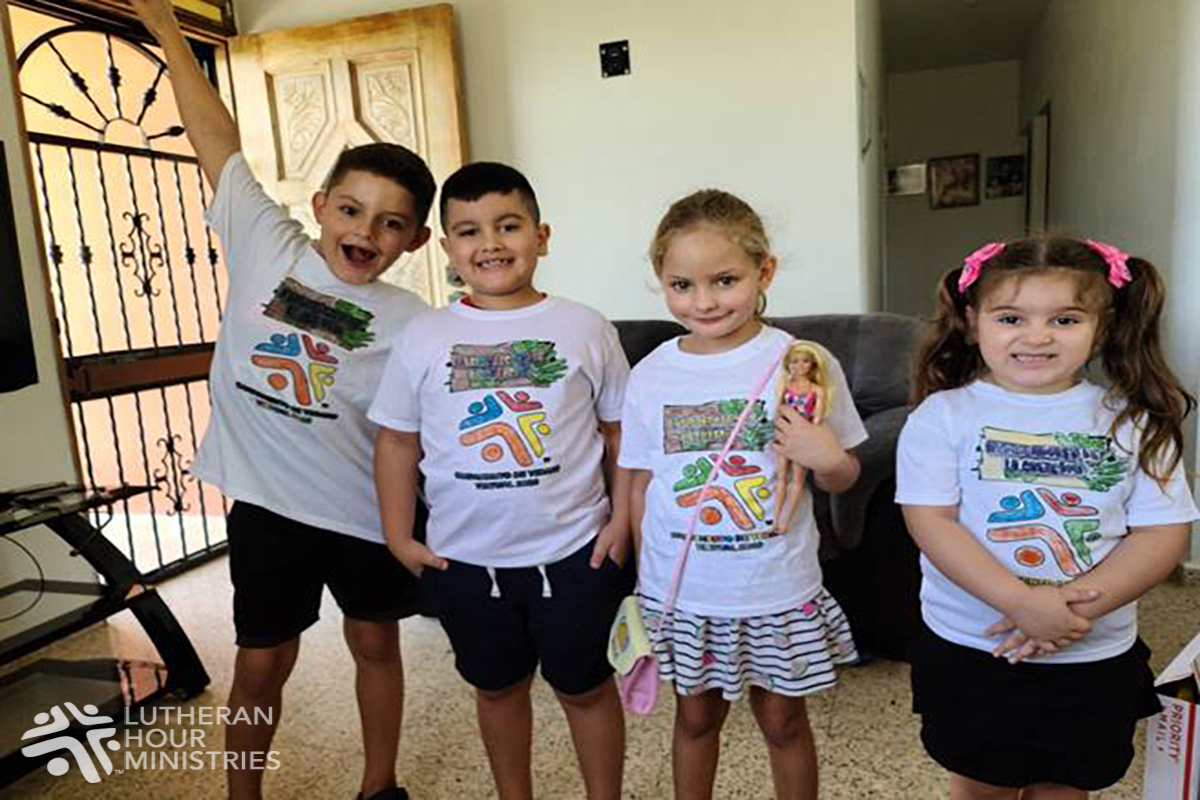 In July, LHM-Puerto Rico working as a team with the island's LCMS missionaries, launched its much-anticipated virtual Vacation Bible School. Of the 40 children that participated in the program, only 10 of them are members of a church. The children enjoyed participating in the program and the staff and volunteers who ran the event believe the program planted seeds for future sharing and learning with these children.

The virtual VBS program offered the same format each week, inviting participants to explore the grandeur of God's Creation. A live call kicked things off with an introduction from the "research center" where the host went through a slideshow of photos the children sent in of their challenges and crafts during the week. The opening with the host was followed by a new pre-recorded video that the Puerto Rico team produced each week. At a certain point, the video was paused and the program returned to the live call for a pastoral discussion about the theme of the day. Then the rest of the pre-recorded video was played until the end when everyone returned to the live call for prayer and goodbyes.

"The cohesion and creativity of everyone working in Puerto Rico, both from LHM and the LCMS, really demonstrates what people can accomplish together for the sake of the Gospel," shared LHM's Regional Director for North America, Rev. Dr. Chad Lakies. "The virtual VBS is just one of many projects that see the team working together to reach people with the Good News in these unprecedented times."

The whole Puerto Rico team got involved in this project. A local Puerto Rico pastor wrote, filmed, and edited all the videos. The puppet was played by an LCMS missionary while another pastor and the LHM-Puerto Rico ministry center director served as actors. All the crafts and activity packets were created and assembled by members of the team and distributed ahead of time.

Each program session was recorded and posted on YouTube to share with others in the mission field. The Puerto Rico team is thankful for the opportunity to connect and share the Gospel with children even though they weren't able to be together in person.