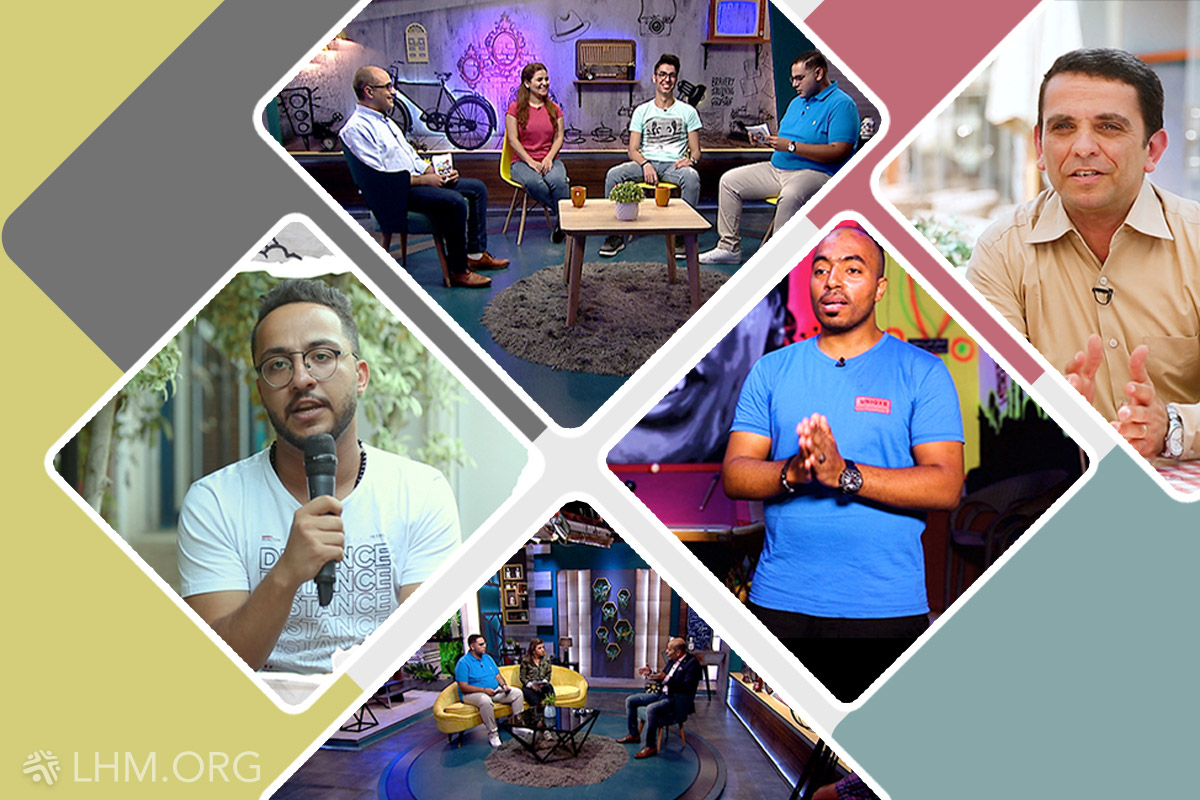 The Middle East and North Africa has the youngest population in the world, many who feel hopeless because of political turmoil, social instability, and high unemployment. When you factor in the ongoing effects of a global pandemic, the hopelessness for many in the region only continues to grow.

A new television series produced through Lutheran Hour Ministries' ongoing partnership with SAT-7, the first and largest Middle East and North African Christian satellite television network, is shining the light of Christ into the lives of these hurting people at a time when they need to hear this message more than ever. The program, titled New Light, debuted Nov. 20 and will air four times weekly on SAT-7's Arabic channel. This satellite television program has the potential of reaching tens of millions of viewers in more than 20 countries spanning from as far west as Morocco to as far east as Iraq and the Persian Gulf.

"We are overjoyed to unveil this broadcast leading into the Advent season when we can bring the good news of great joy that Jesus Christ was born to people who may not have ever heard the Gospel message," says LHM President & CEO Kurt Buchholz. Buchholz currently serves as a Partner representative to the SAT-7 International Council, the first time a Partner from North America has been chosen for this appointment as these positions are typically held by European Partners.

The new program is a 55-minute talk show that highlights a different topic or brings a different perspective to current affairs and matters affecting the target audience of viewers ages 17 to 30. Each episode includes multiple segments covering in-studio and on-the-street interviews with guests sharing opinions on the program topic as well as their motivating stories, musical guests or pre-recorded songs, spiritual devotions pre-recorded from an off-site location, and much more. Some of the scheduled topics include the influence of mass media, types of addiction, freedom and responsibility, family values, marriage, recognizing and managing emotions, handling disappointment, and coping with pain and loss.

Given this demographic's preference for online media, the use of multiple segments allows material created for this television program to be utilized and promoted in multiple ways through social media platforms. The program's young co-hosts walk the viewers through the segments and encourage in-depth discussion on the topic.

"We pray this programming brings God's love and mercy to millions of young Arab viewers who are suffering and questioning their faith and place in society," says Buchholz. "Hearing about God and how He loves them and gives them hope for the future, from the privacy of their own homes, may be the only opportunity for many of these young adults to hear this message at all."