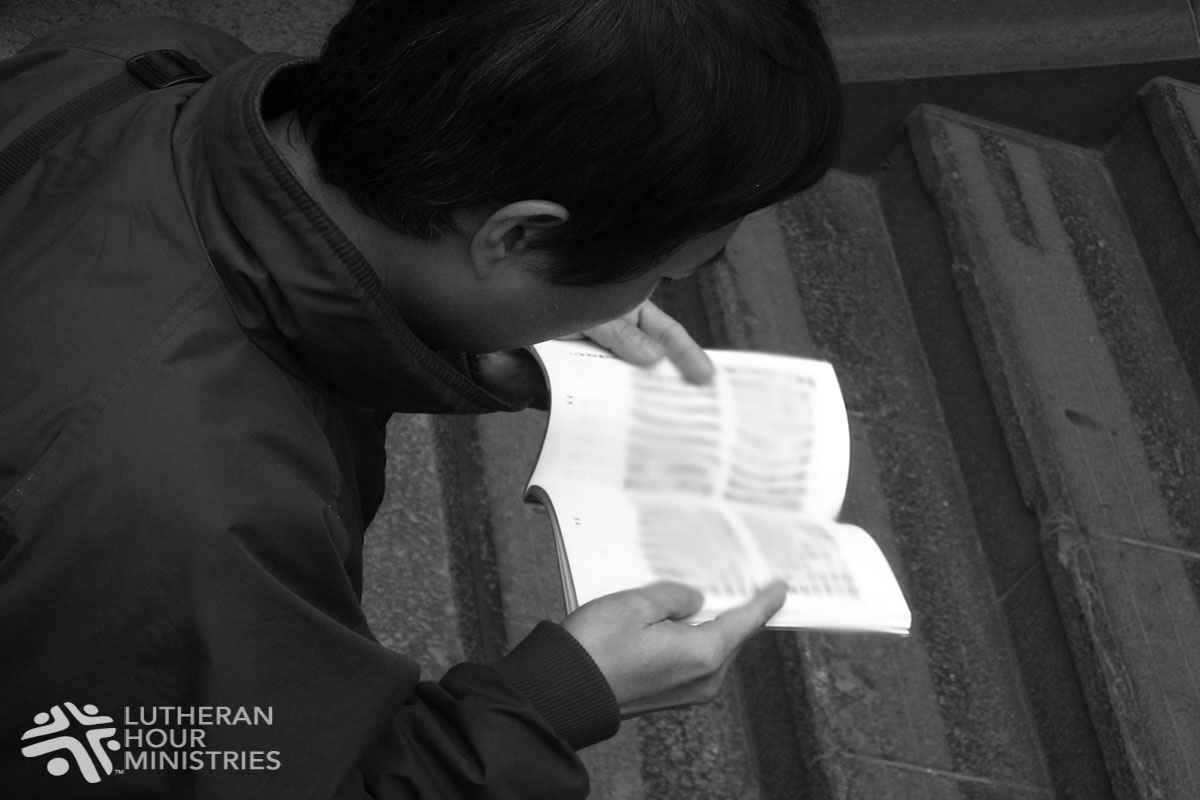 Nemeh is in his late fifties and grew up in the Middle East. He moved to France for several years and got married and had children while living there. However, he could not find a job and faced many other trials while living in France. He ended up moving back to the Middle East by himself, leaving his family behind. Upon his return to the Middle East, Nemeh ran into one of his friends who had an LHM booklet in his hand. Nemeh and his friend talked for a while about the booklet and Nemeh asked where he could get one. His friend directed him to the local bookstore where LHM displays their booklets. The LHM volunteer at the store gave him a copy of the booklet and he was very happy to receive it. The volunteer saw his eagerness, so she started talking to him about Jesus. She told him that Jesus saves and forgives and through Him, we can have a new beginning. She invited him to the local church and Nemeh happily accepted and attended the next Sunday. He felt at home when he went to church. Through the power of God's Word, Nemeh was led to trust in Jesus.