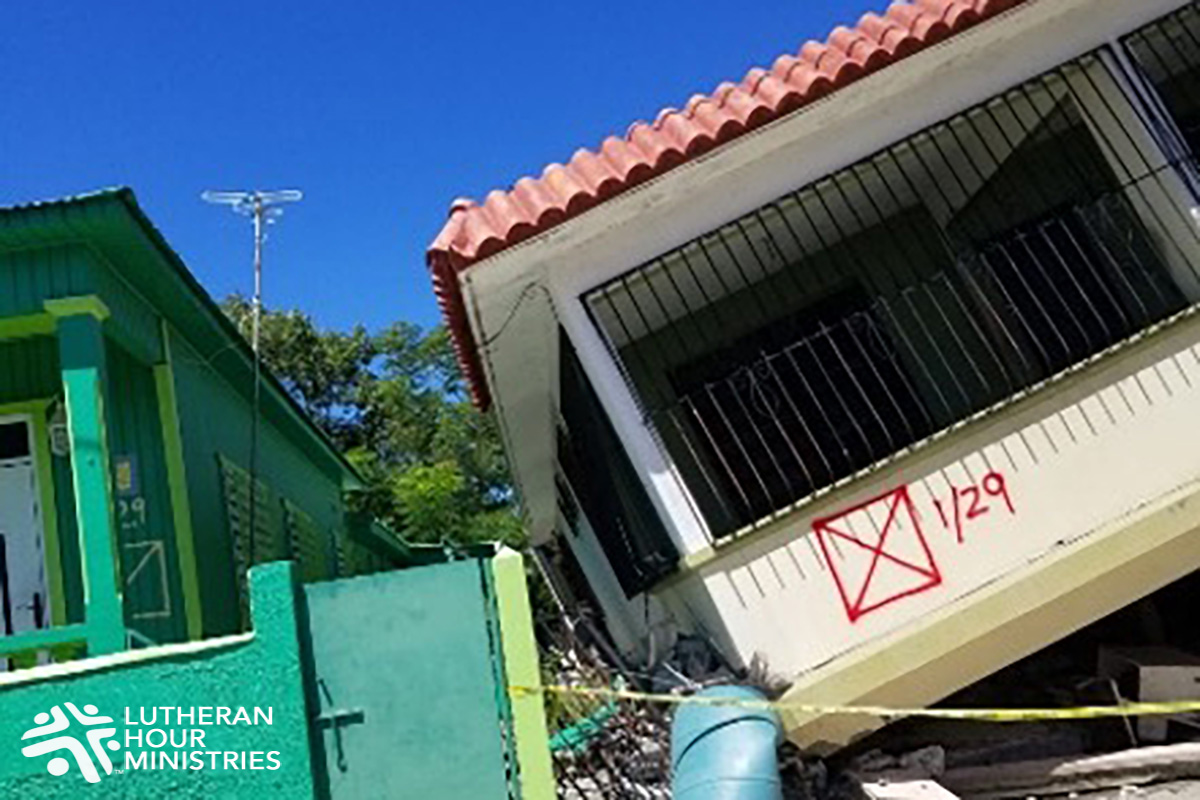 Earlier this year, Puerto Rico was hit with several devastating earthquakes, leaving many residents with damaged homes and no access to basic needs. The earthquakes caused significant damage in two cities close to the LHM-Puerto Rico ministry center office. LHM's Regional Director for North America, Rev. Dr. Chad Lakies, and Coordinator for Hispanic Outreach, Beatriz Hoppe, travelled to Puerto Rico to check in on the ministry center and provide assistance to the ongoing efforts to recover from the natural disasters.

"Being able to survey the earthquake-damaged areas was a real eye-opener," shared Lakies. "I had never seen that sort of thing in person. The people of Puerto Rico have been struggling for a long time with what seems like disaster after disaster. LHM and our partners are actively speaking hope and the Gospel into people's lives at a time when there is such an openness and yearning for the Good News."

In addition to the spiritual support, LHM-Puerto Rico distributed more than 400 whistles. Whistles are a critical tool for communicating during disasters like earthquakes. Since two of the island's largest earthquakes happened in the early morning while people were still sleeping, and the damage from the earthquakes caused the power to go out, whistles were a way to allow people who might be in danger or lost to receive the care they needed or get reconnected. While distributing the whistles, the LHM-Puerto Rico team was able to establish new relationships with many in addition to giving spiritual and holistic support.

With your support, LHM staff in Puerto Rico have been able to reach those who have been unreached and displaced from the earthquakes. Although the earthquakes have been devastating, it has allowed LHM to establish relationships with hurting people who need to hear the Gospel. This time of turmoil has given LHM the chance to share the Gospel and encourage people that there is hope in Christ, even in difficult times.