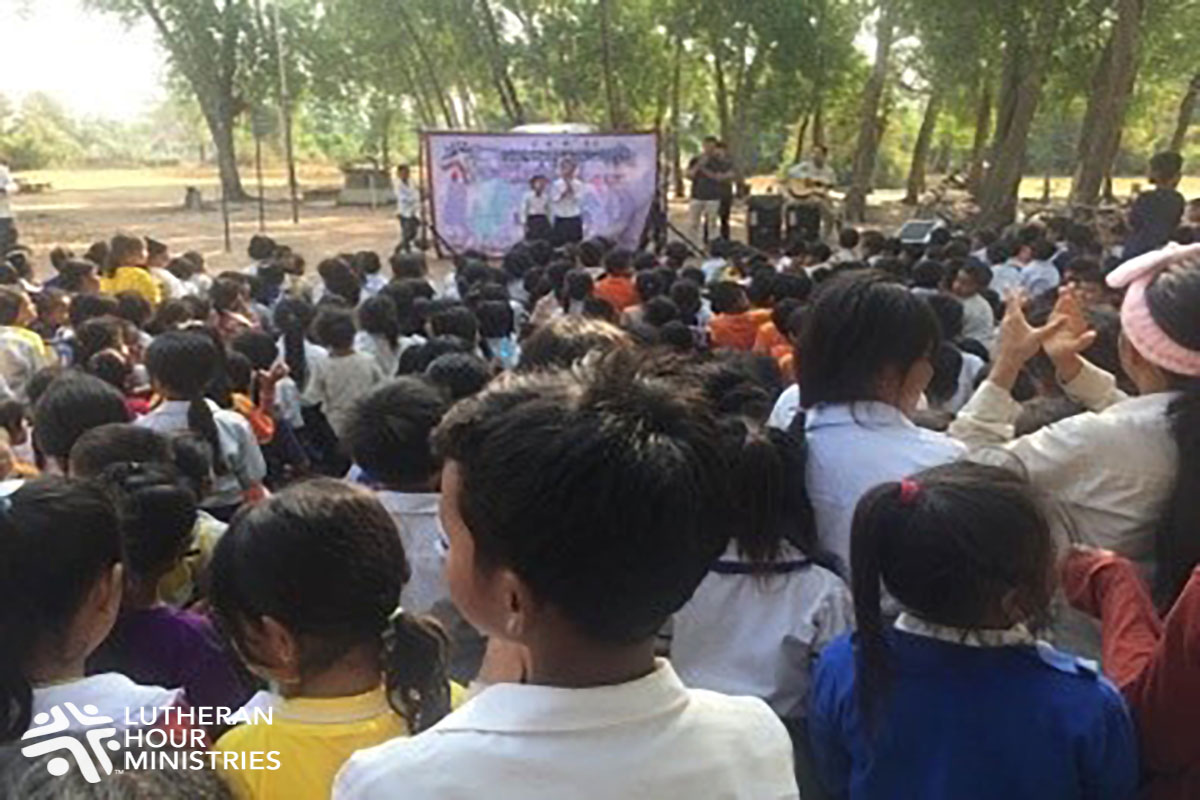 Pech is a school principal in Cambodia who is married with two children. Several years ago, he used to attend a local church, but his boss found out and demanded he stop going because a requirement for his principal position was to follow a different non-Christian religion. Pech did not want to lose his job, so he agreed that he would not go back to church. Recently, LHM-Cambodia reached out to him to see if they could do a puppet show at his school. He agreed and they set up a time for LHM staff to go to his school for the performance. Pech started talking with the LHM staff members and told them about his situation. They suggested that he attend a small group during the week so he can continue to grow his faith and learn about Jesus. He is thankful that the LHM-Cambodia puppet show reintroduced him to Christianity and he is eager to learn more about Jesus during his small group meetings.