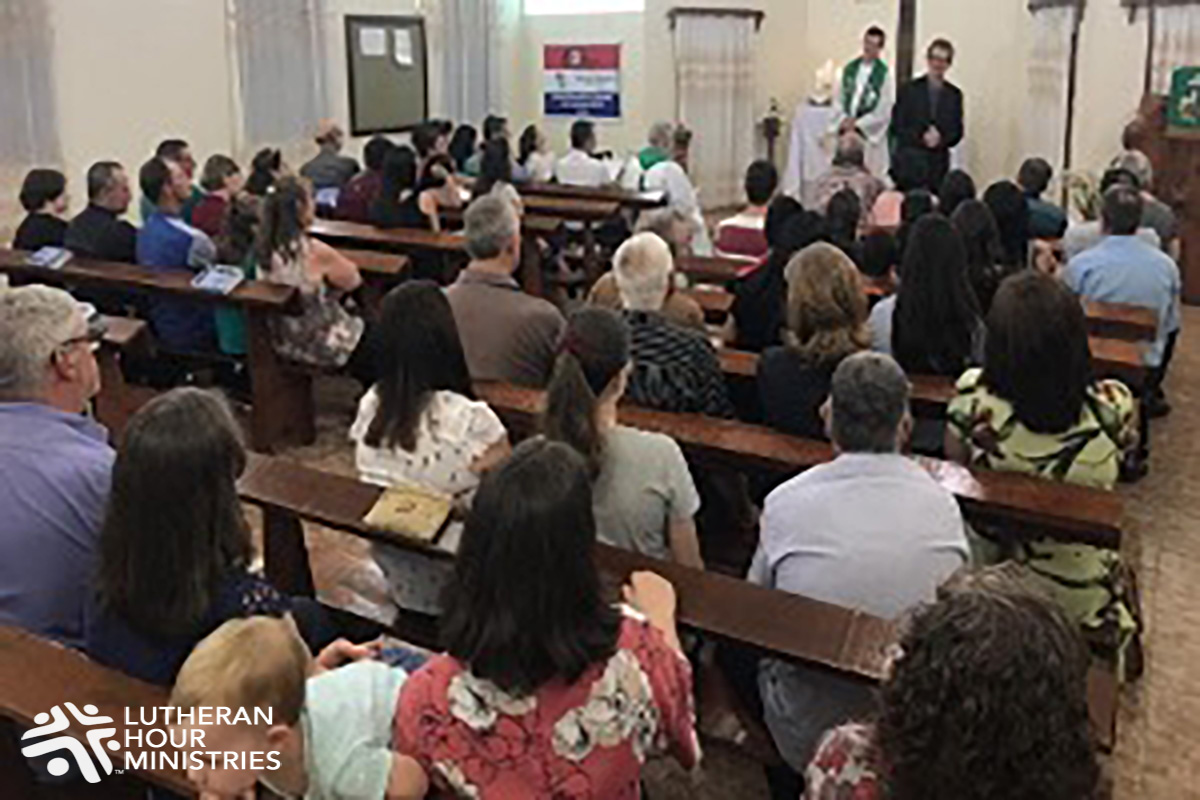 September 2019 was a busy time for LHM-Paraguay as they celebrated 20 years dedicated to serving the community. The anniversary was celebrated with two special worship services. The Saturday evening service was held in the local Lutheran church on the border of Brazil where LHM-Paraguay was founded, before the ministry later relocated to the capital city of Asunción on the opposite side of the country. The Sunday celebration was held in a different Lutheran church in Naranjal.

Attendees came from surrounding congregations, some traveling more than 100 miles to attend the events. Rev. Nilo Figur, LHM's regional director for Latin America, led the sermon at both worship services. In addition, after both services there was a meal of Brazilian BBQ where meal tickets were sold to raise money for LHM's ministry in Paraguay. Representatives from the Lutheran Church attended the events, as well as the vice president from the national church and presidents from the men's league, women's league, and youth league. LHM-Paraguay staff and volunteers also celebrated its sister church that has more than 4,000 members, 13 pastors, and is self-sustaining in its support of three missions in the country. We look forward to seeing the work LHM-Paraguay does in the future.

LHM-Myanmar also celebrated its 20-year anniversary with a thanksgiving worship service held in November and attended by 130 people. It was a blessing to see the leaders from many local churches and Christian organizations, as well as donors, volunteers, friends, radio listeners, and staff, participating in the program. The program included an opening speech by the general secretary of the Myanmar Council of Churches, an opening prayer by an advocacy board member, a special message from a bishop who serves on the local board, a special speech by LHM's regional director for Asia, greetings from the Lutheran Heritage Foundation, and the benediction from the pastor of a local church. We rejoice for the radio programs, live events, youth ministry, holistic events, and much more that have shared the Word of God with tens of thousands of people in this Christian-minority country.