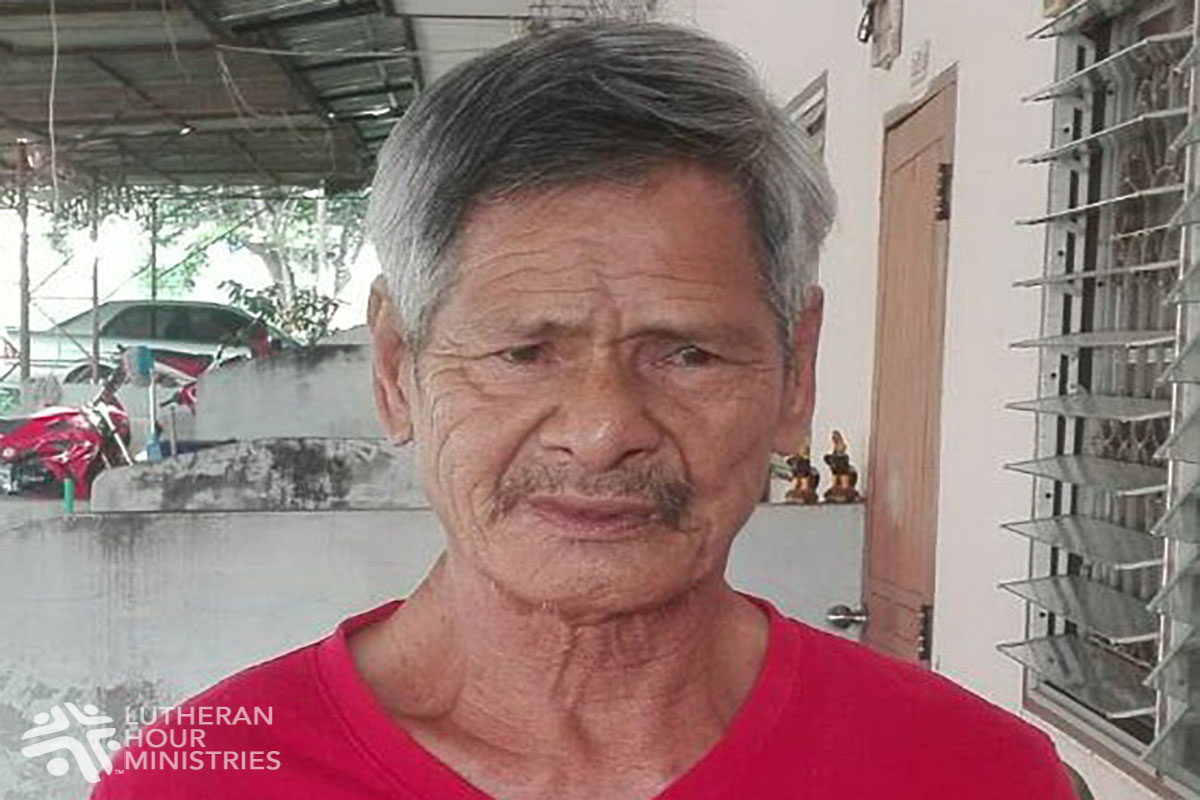 Surin is 66 years old and is married with four children. His wife is a Christian but Surin always continued practicing his non-Christian religion. A couple years ago, Surin was in an accident that caused him to have trouble walking and lose his job. He started to question the meaning of life and realized that he needed help to get out of the situation he was in. His wife suggested listening to a Christian radio program, so he began listening to the Because You Are Loved radio program hosted by LHM--Thailand. He shared with LHM staff that now he has the chance to hear about who God is and how He can help Surin. The staff referred him to a local church where he is now preparing to be baptized. He understands the Gospel now and is applying it to his daily life. Surin prays that one day his children will learn to trust in Jesus and allow Him into their hearts.