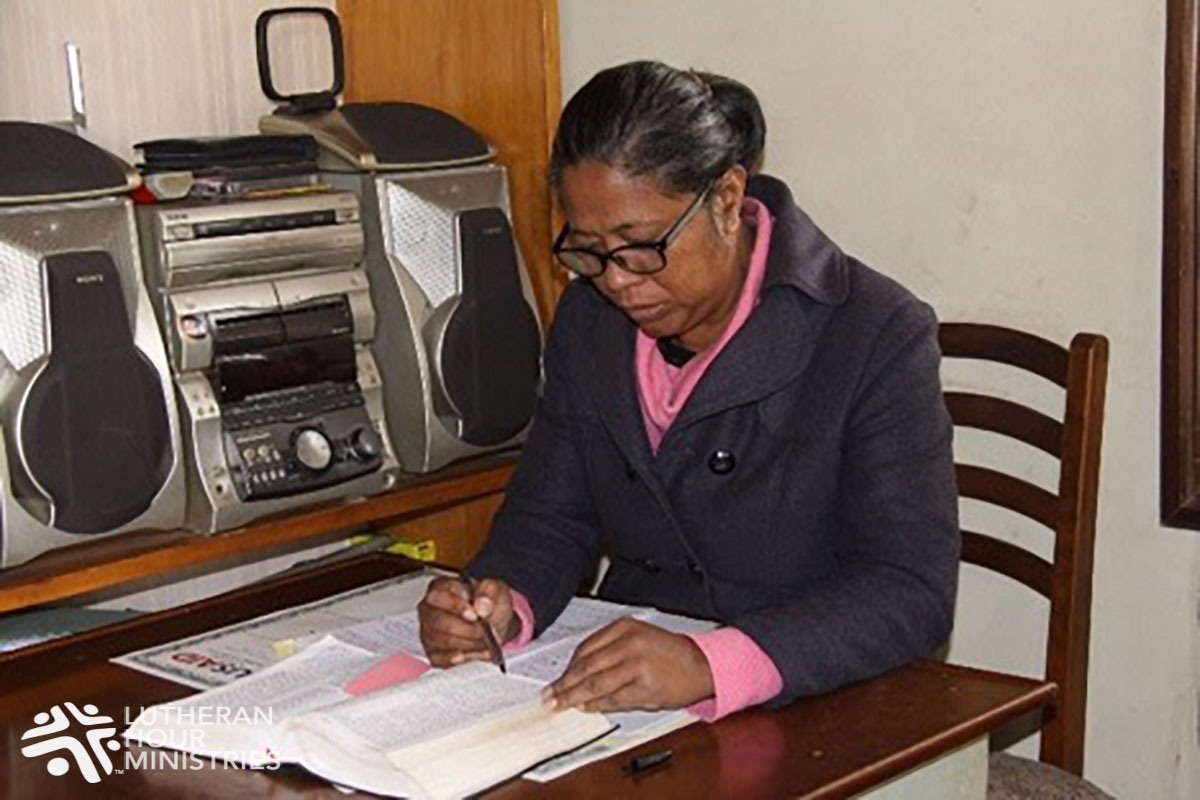 Bakoly is a 54-year-old photographer who is married with three children. She grew up in the church and has served as a deacon for her local congregation since 2012. Two years ago, she became seriously ill and her doctors told her they would do their best to help her, but there was no medicine or surgery to heal her. She was waiting for her death and was very anxious about it, even though she is a Christian. Many members of her church have taken part in LHM-Madagascar's Bible Correspondence Courses (BCC) and one of her friends brought her two LHM booklets while she was in the hospital. She read the booklets and they strengthened her faith. While she was content with her life even if she never healed, she received a clean bill of health from doctors after one month in the hospital. She knows God has given her the strength to face whatever trials come her way and has since registered for LHM's BCC lessons and earned her first certificate.