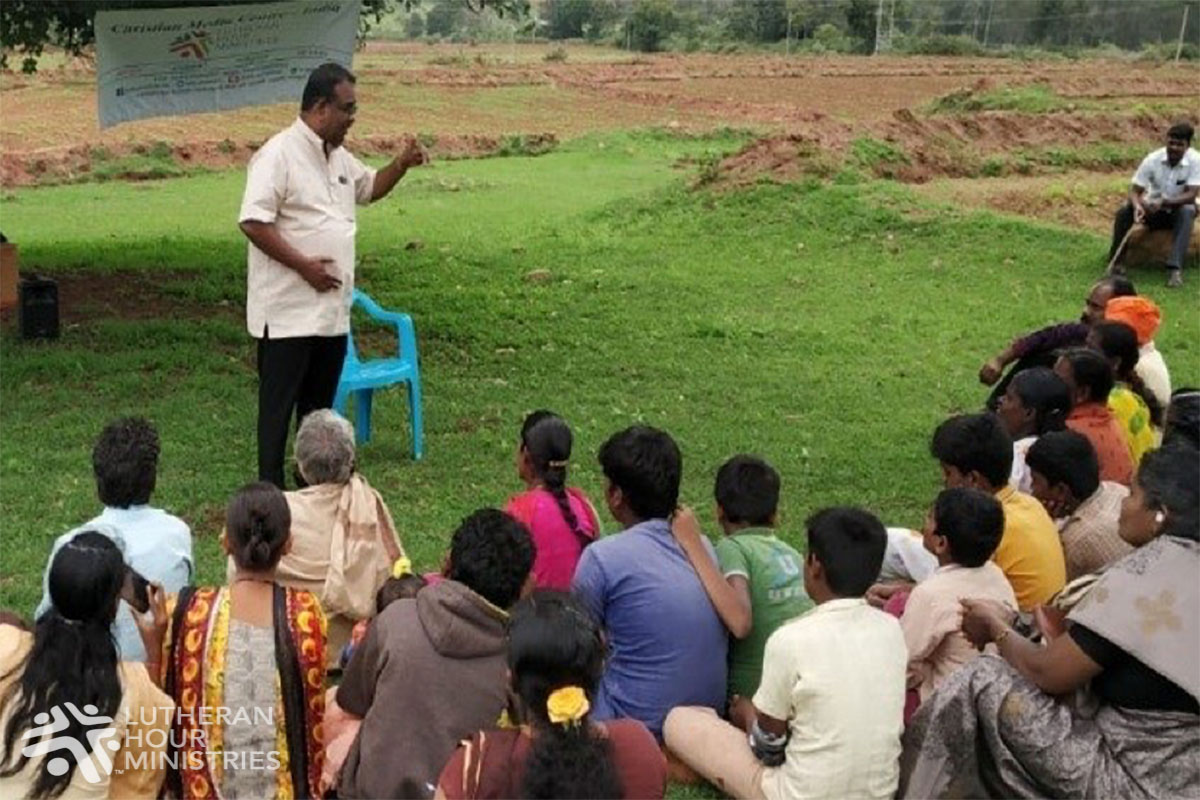 Sanjay is 44 years old. He is married with one daughter, and he works as a laborer. He, his wife, and his daughter are non-Christians. When he gets his paycheck from work, he goes out and spends most of it on alcohol. After buying the alcohol, there isn't much money left over to provide for his wife and daughter. Sanjay's wife is very frustrated with this behavior, which upsets the daughter.

One day, Sanjay was sitting on his front porch watching the film show that LHM-India was hosting on his street. The film was about the life of Jesus, and Sanjay sat on his porch and watched the whole thing. Toward the end of the film, an LHM-India volunteer saw Sanjay was crying. The volunteer called him to the stage, and Sanjay went up there. The volunteer prayed for him, and Sanjay said he felt a light in his heart. He shared that he promised to leave his bad habit of drinking in excess and that he would take care of his family.

LHM-India staff kept in contact with him, and Sanjay is no longer drinking. Furthermore, he and his family are now attending church. They have all begun believing in Jesus and they are working on growing their faith.