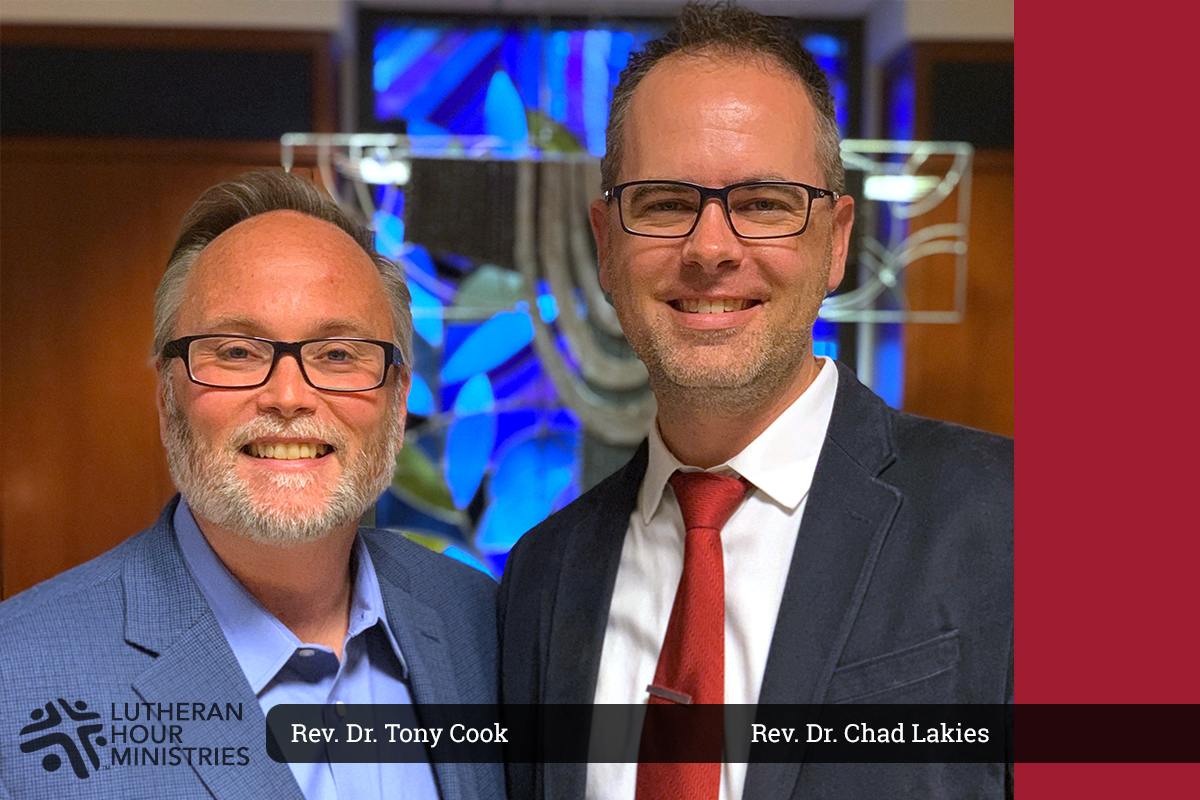 With the recent establishment of the North America region as part of its global mission, Lutheran Hour Ministries has brought Rev. Dr. Chad Lakies onboard as regional director for North America to provide leadership and operational management for ministry efforts in the United States, Canada, Puerto Rico, and the U.S. border area with Mexico. He was officially installed during an LHM staff chapel service on Aug. 15.

His work is centered around proclaiming the Gospel to significant numbers of non-churched people, effectively using mass media to spread the Gospel, and helping the church become more outreach focused by empowering it to share the Gospel at more personal levels. He oversees a newly formed group of Regional Ministry Facilitators (RMF) that serve as coaches across North America on behalf of LHM's growing constituency and the overwhelming demand we are experiencing to bring expertise to individuals and groups as they are equipped and encouraged to share their faith with others.

Lakies regularly speaks at national and international conferences for pastors and church professionals and has been published in several journals on the topic of faith and culture. His former life as a non-believer provides exceedingly relevant experience for thinking about how to engage with our friends and neighbors outside the Kingdom of God.

He most recently served as department chair and associate professor of religion at Concordia University, Portland (one of the most secular cities in North America). Before joining the Concordia University staff in 2012, Lakies was involved in church planting in St. Louis (Christ in the City/CRAVE Coffeehouse), and subsequently served as a worship director there until 2010. Later, he founded a collective for young adults at Concordia Lutheran Church in Kirkwood, Missouri.