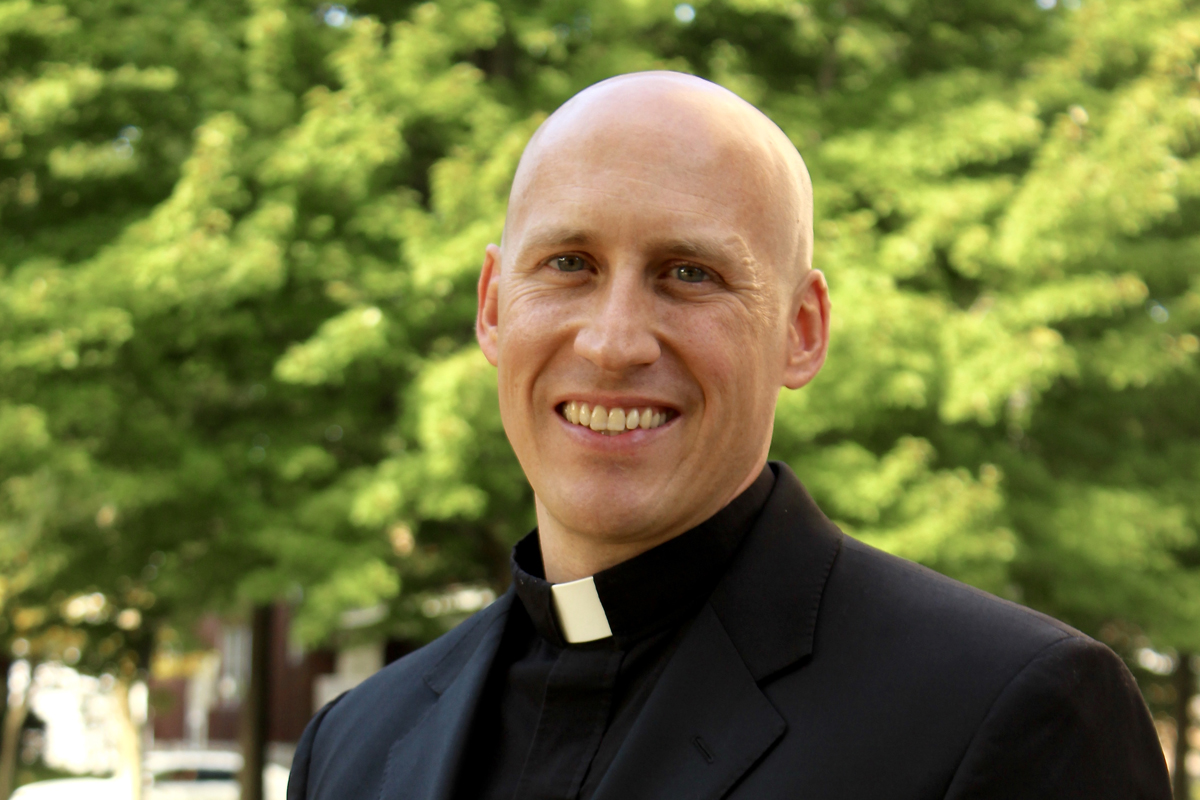 Lutheran Hour Ministries (LHM) is pleased to announce that the Rev. Dr. Michael Zeigler of St. Louis, Missouri, has accepted a call to serve as Speaker of The Lutheran Hour radio program. Zeigler succeeds to the microphone following the departure of Rev. Dr. Gregory Seltz, who accepted a call in 2017 to serve as executive director of the Lutheran Center for Religious Liberty. He will officially begin his ministry with LHM on Oct. 1 and will broadcast his first sermon on Reformation Sunday (Oct. 28).

"We are pleased that the Lord has led us to Rev. Zeigler as the next person to carry on our rich history of proclaiming the Gospel through The Lutheran Hour," says LHM President & CEO Kurt Buchholz. "While we will soon have a new voice behind the microphone, our focus for the program remains the same: proclaiming the clear Gospel message of salvation which comes through Jesus Christ."

"In addition to connecting with people through the traditional methods of radio and in-person events, we look forward to partnering with Rev. Zeigler to utilize the expanding possibilities for sharing the Gospel that are offered by new technologies," says Rev. Dr. Tony Cook, executive director of United States ministries for LHM.

Zeigler has served as pastor of Epiphany Lutheran Church in south St. Louis since August 2014. Prior to that, he was assistant pastor at nearby Timothy Lutheran Church. Before becoming a pastor, he served as an aircraft maintenance officer in the Air Force.

"While accepting this call means that I must suffer the heartbreak of no longer being pastor to the people of Epiphany, I have the joy of meeting and working alongside wonderful people with Lutheran Hour Ministries," says Zeigler. "The role of Speaker has been held by many distinguished men of God; I am in awe of their work and intend to learn from their example. Despite my own feelings of inadequacy, I step into this role with the confidence that the Lord Himself has called me to share His truth and love with a wider audience. Best of all, this means that I get to know Jesus better and help others know Him, too."

Zeigler grew up in a military family, living throughout the United States, from North Dakota to Alabama and Virginia to Colorado. His family moved 11 times before he finished high school in Springfield, Missouri. He graduated from the U.S. Air Force Academy in Colorado Springs, Colorado, in 2001 with a bachelor's degree in general engineering and served for five years in the Air Force. He left active duty in 2006 to enter Concordia Seminary, St. Louis, where he completed a Master of Divinity degree in theological studies and a Ph.D. in doctrinal theology.

He continues to serve part-time as an Air Force Reserve officer and as a guest instructor at Concordia Seminary and has previously been a guest lecturer for the Concordia University Network and a ministry leadership course coordinator for Christian Friends of New Americans. He published a book entitled Christian Hope Among Rivals: How Life-Organizing Stories Anticipate the End of Evil in 2017 and has written several papers for symposia, circuit meetings, and national conferences. He and his wife, Amy, have four children.

The Lutheran Hour is the world's longest-running Christian radio program and currently airs on more than 1,800 stations throughout North America as well as the American Forces Network. The program reaches more than one million listeners each week and is also available online, through a mobile app, and on various new media platforms.