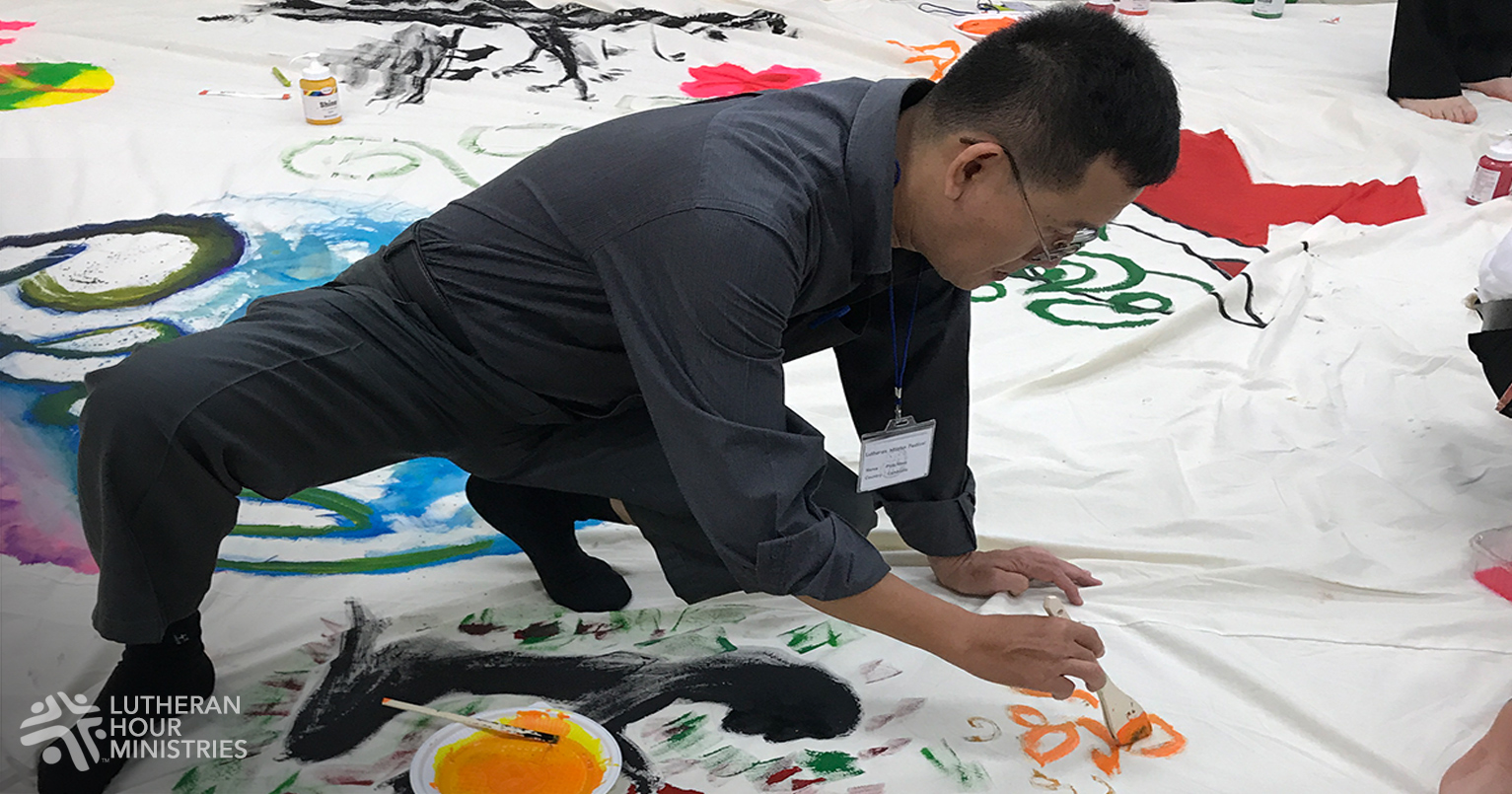 Gunya Na Thalang, LHM's regional director for Asia, and the directors from nine LHM ministry centers in Asia participated in the first-ever Mission Festival of the Lutheran Church of Korea (LCK) in August. The event was held at Luther University in Giheung-gu, Yongin, South Korea, and was attended by about 200 participants, including Lutheran pastors, church members, and Luther University students.

"The 500th anniversary of the Reformation provides a good opportunity to broaden our view of society and the world," says Na Thalang. "During this mission festival we prayed for the problems people are experiencing throughout Asia and discussed how the Gospel makes the world peaceful.

"The highlight for our team was during the exhibit time when our directors dressed up in costumes reflecting their culture and shared information about how they are shining the light of Christ through their ministry efforts," she continues. "They also displayed their talents by performing during the 'Hallow Neighbor Countries' program in the evening."

Following the mission festival, the team spent two days taking part in a Lutheran Peace Pilgrimage where 17 international participants traveled throughout Korea to become aware of the importance of peace and to be motivated to respect each other without concern about religion or ideology. The group visited historical sites such as Jeamry Historical Church, Cheon An Lutheran Church, Independence Hall, Imjingak Peace Park, the border of North Korea and South Korea (unification observation), the National Museum, and Gyeongbokgung Palace.

On the last day of the trip the guests had a chance to visit the Lutheran Church headquarters and LHM's ministry center in Seoul, where board member Mr. Choo De Bom and the staff warmly welcomed them and hosted a luncheon.

"The directors and I learned a lot about Korean history, including the hardships experienced during the colonial rule of the Japanese military and the civil war between North Korea and South Korea," says Na Thalang. "We felt sympathy for people who still are living with the painful memories and hatred that resulted from the war. There is no other way for the people of this nation to have real peace in their hearts and minds unless they know Christ as their Lord and Savior. We promised to pray for the Korean people, especially for those who live in North Korea, and for God's mission through the Lutheran churches in Korea and our ministry in South Korea."