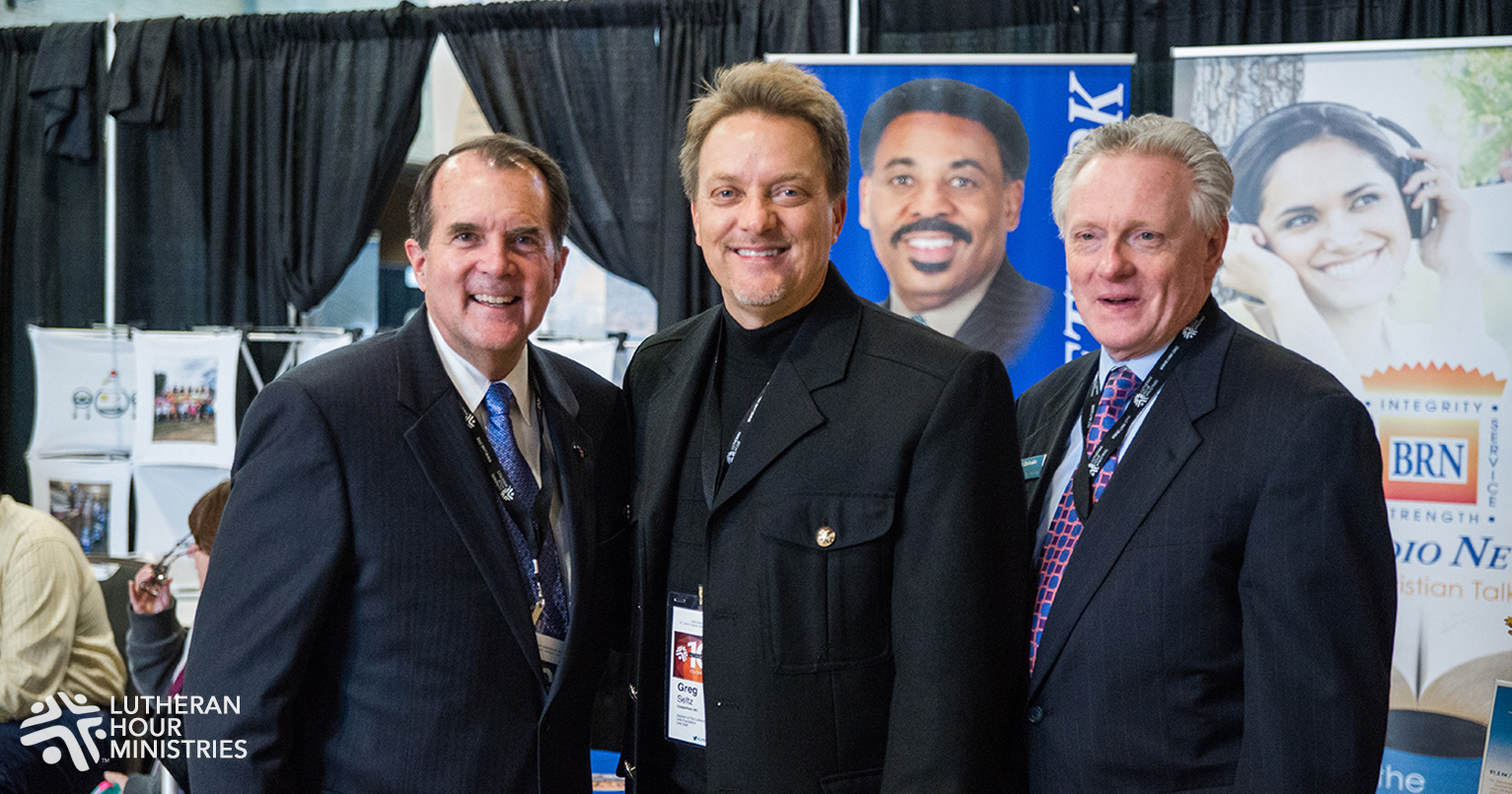 The Bott Radio Network signed with LHM to carry each weekly broadcast of The Lutheran Hour beginning on May 31, 2015, amid high hopes for expansion. Rich Bott, network executive, recently was asked by the editor of The Lutheran Layman to share some thoughts of the 100th anniversary of the Lutheran Laymen's League and its far-ranging Gospel reach via LHM.

Editor:Since initial news of The Lutheran Hour being carried on the Bott Radio Network was announced in the May-June 2015 issue of The Lutheran Layman, what results do you notice?

Rich Bott: The Lutheran Hour broadcast continues to be an excellent fit with our quality Bible teaching and Christian information programming format. In fact, The Lutheran Hour's time of 8:00 Sunday morning continues to be one of our most popular weekend listening times on the radio and online. We have many listeners who listen to our web stream and on our digital mobile apps, as well as radio.

Has there been a growth in station coverage since The Lutheran Hour was aired on the Bott Radio network? If so, how has this increased the potential listenership of the program?

Yes. We have added 32 new signals since The Lutheran Hour began broadcasting with us, with a combined coverage gain of 6.3 million new population. By the end of 2017 we plan for that number to reach 10.9 million new population gain. By the end of 2017 we expect to be broadcasting with 120 radio signals reaching into 15 states with a combined coverage exceeding 60 million people.

What broadcast subjects do listeners tend to prefer?

There is a tremendous interest in quality, consistent Bible teaching. There is some recent Barna research which bears this out in the Church and on radio. People are hungry for the Word of God and to have it taught by dependable teachers who regard the Bible as the authoritative Word of God. Following that is Biblical application, "How do we apply the Bible and its teachings in our daily lives?"

Any idea what the future holds for the impact and growth of radio?

Future radio, in all its forms, continues to grow. Bott Radio Network is expanding with terrestrial radio and all forms of new digital media including web streaming, mobile apps, and social media. Researchers are finding that as these new delivery devices become more popular, the total listenership to audio content is growing. So, by expanding our terrestrial radio footprint, together with embracing digital media devices, our audience continues to grow. And we thank God for this expanding outreach potential. We have listeners across the country and around the world in many foreign countries. This never ceases to amaze, inspire, and bless us in our work. In fact, we have two new stations going on the air in June: FM 90.3 in Rapid City, South Dakota, and FM 88.9 in Fort Smith, Arkansas.

Any further comments you would like to make in conclusion?

Congratulations to The Lutheran Hour as we celebrate the 500th Anniversary of the Protestant Reformation as Martin Luther nailed the 95 Theses to the Wittenberg door. We are grateful for our partnership with you as, together, we boldly proclaim the Word of God to our generation which so desperately needs to hear. "Faith cometh by hearing and hearing by the Word of God."