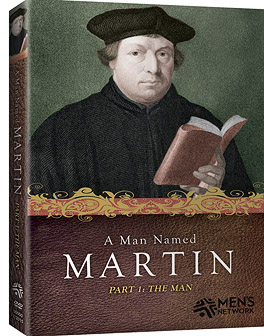 Just released from Lutheran Hour Ministries is A Man Named Martin: Part 1—The Man. Here viewers meet Martin Luther, a religious reformer of extraordinary energy and resolve. From his lowly beginnings in Germany through his crises of faith to his head-to-head confrontation with Catholicism, Luther's life and times are the stuff of high drama. Viewers will see that through it all, God's sure and steadfast presence was at work in the events and circumstances that led up to and ignited the Protestant Reformation.