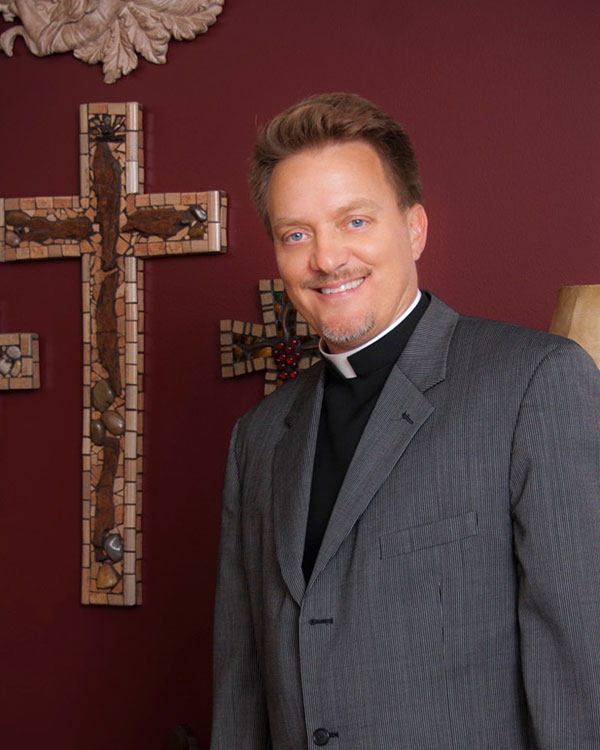 The Rev. Dr. Gregory P. Seltz served as the Speaker of The Lutheran Hour® radio program, a position he held from 2011 to 2017. As such, he serves as the featured Speaker on Lutheran Hour Ministries’ flagship Christian outreach radio program with over 1 million listeners, airing on more than 1,600 stations across North America, as well as on the American Forces Network. He also serves as the organization’s spiritual leader, evangelist, and ministry emissary with The Lutheran Church--Missouri Synod (LCMS) and Lutheran Church--Canada (LCC).

Before joining Lutheran Hour Ministries, Seltz served as Director of the Cross-Cultural Ministry Center, professor of Theology, and overseer of the master’s program in Theology and Culture at Concordia University in Irvine, California. With over 75 pastors in the urban mission field during his tenure, his work prepared leaders from various cultures to launch ministries in a variety of cultural settings, including Vietnamese, Korean, Spanish, Indonesian, Indian, and African-American, to name some.

Prior to his work at Concordia, Seltz was the Executive Director of Life’s Journey Ministries, an urban, not-for-profit evangelism ministry in Manhattan, New York. He was also the founding pastor of the first new Lutheran mission start in more than 40 years in New York City (Church For All Nations-LCMS), he started a mission church in Dallas, and he also served as pastor of a large congregation in Tampa.